Changpeng Zhao (CZ) is the founder and CEO of Binance, the largest cryptocurrency exchange by trading volume. 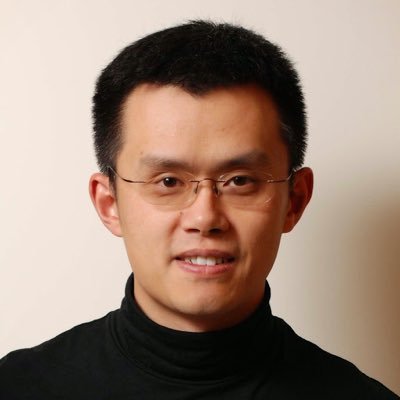 Changpeng Zhao, often called CZ, is the founder and CEO of Binance - the largest cryptocurrency exchange by trading volume. CZ gained popularity in the crypto sphere in two parts:

Zhao was born in China but had to move to Canada after his father was exiled. He grew up in Vancouver and went on to study computer science at the McGill University in Montreal after which he started to work at the Tokyo Stock Exchange. There, he learned the craft of trading and had the chance to build his first trading systems. Zhao even had the opportunity to develop software for Bloomberg’s futures trading.

In 2005 Zhao left his position at Bloomberg’s Tradebook Futures R&D in order to move to Shanghai and found Fusion Systems, a company that facilitated high-frequency trading systems for brokers.

His first contact with the blockchain industry began in 2013 after starting to work for Blockchain.info as head of technology and later as the CTO of OKCoin.

The story of Binance begins in 2017 when CZ left OKCoin to start a cryptocurrency exchange of his own. He launched the company in July 2017 after raising $15 million in funds during an ICO. Binance was immediately accepted by investors, to the degree of becoming the largest exchange in less than a year.

Zhao established Binance as one of the leading crypto ecosystems in the market, going as far as to acquire Coinmarketcap in 2020 and create Binance Smart Chain, a native smart contract ecosystem that connects centralized and decentralized finance.