Uniswap vs. Sushiswap — Which DeFi Exchange Is Better? 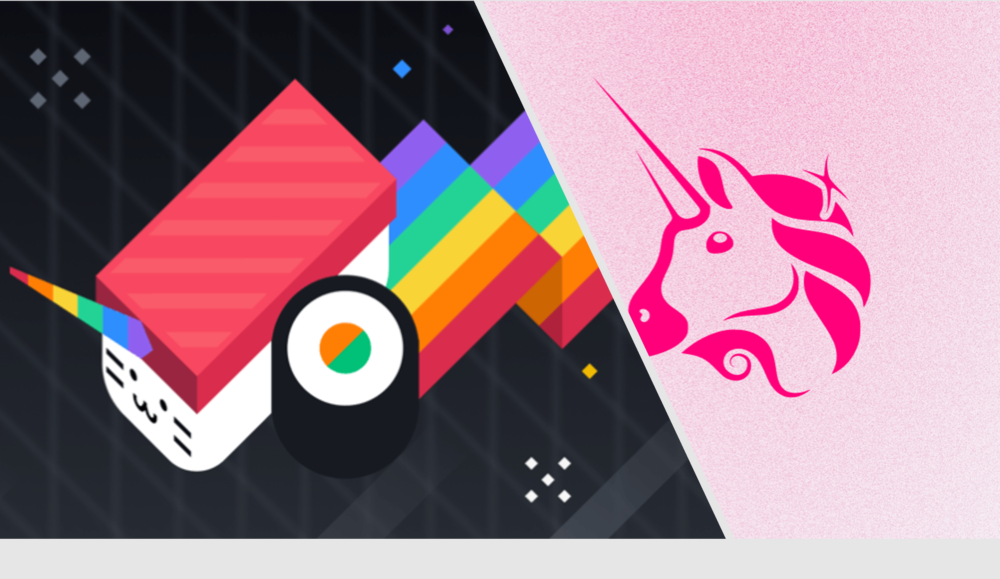 Uniswap vs. Sushiswap — Which DeFi Exchange Is Better?

Not an avid reader? That’s fine. You can also learn about the differences between Uniswap and SushiSwap by watching it in video format!

You'd be forgiven for not knowing the difference between crypto exchanges with a unicorn and a cartoon roll of sushi for logos. See, cryptocurrency is moving fast these days — more quickly than ever.

The pace of innovation in decentralized finance is such that a new swap exchange named after food hit the market for seemingly every day over the summer. However, when the dust settled, it was the originator — Uniswap — and the first pretender — SushiSwap — who came out on top of the pile.

Let's set the record straight on the critical differences between Uniswap and SushiSwap, including a summary of which of the two is the better DeFi exchange. Wait a second — while we're at it, let’s review what all this DeFi exchange nonsense is in the first place.

What's with all these swap protocols? A quick primer on DeFi exchanges

Swap this, swap that — what's with all this swapping going on in crypto? What happened to trading?

Trading didn't go anywhere; it’s just been replaced by the idea of swapping. The whole swap thing goes back to atomic swaps, a meme from 2017 that referred to impending technology for instantly swapping assets between blockchains.

Today, atomic swaps have been forgotten somewhat, mostly because wrapped assets have enabled the crypto world to interoperate token standards without actually interoperating between blockchains.

However, unlike centralized exchanges like Binance and Coinbase, DeFi exchanges like Uniswap and SushiSwap allow traders to swap tokens with one another without order books, custodianship, or intermediary oversight of any kind.

Instead, DeFi exchanges let you swap straight from your cryptocurrency wallet. The swap comes in two parts:

OK — enough with the swap talk. The takeaway here is that DeFi exchange protocols let you trade for any token as long as there's liquidity for the asset you're after.

Liquidity pools and providers are the keys to Uniswap and SushiSwap

What truly separates Uniswap and SushiSwap from traditional exchanges like Binance and Coinbase is how exchange liquidity is sourced.

Binance and Coinbase centralize their assets, warehousing them in hot and cold wallets, operate order books, and generally oversee the entire exchange operation from an ivory tower.

In contrast, Uniswap and SushiSwap let people like you and me provide the assets and overall liquidity using liquidity pools. A liquidity pool is a smart contract holding a pair of assets giving one another value.

To use Uniswap's $UNI token as an example, the reason you're able to trade ETH for UNI on Uniswap is that liquidity providers have deposited those assets to the UNI-ETH pool. So, when you swap tokens at Uniswap or SushiSwap, you're directly trading with the smart contract-managed liquidity pool.

So, what is Uniswap exchange?

None of this helps you understand one simple and basic fact about Uniswap — it's an exchange. Yep, just an exchange, albeit a decentralized open-source one running on Ethereum. You can use Gemini to trade for some OMG, you can use Coinbase for the same, or you can use Uniswap.

It all comes down to what you want to get out of your exchange. If you don't mind paying Brian Armstrong over at Coinbase a share of the transaction fee, along with giving up some of your pseudonymity, then Coinbase is a strong option.

But, if you believe in the premise of crypto (decentralize everything), then you might like Uniswap better.

A brief explanation of how Uniswap works

While traditional exchanges like Coinbase list what they want and keep all the fees generated, Uniswap is more akin to an exchange by the people, for the people. Anyone can trade (no KYC required), and anyone can create liquidity.

Uniswap is the first decentralized liquidity protocol of its kind. Before Uni, there were a few other decentralized exchanges with similar concepts but nowhere near Uniswap's adoption level. Kyber, EtherDelta, and IDEX are a few predecessors to the Uniswap idea, but the latter has blown them out of the water in terms of use.

How SushiSwap works in comparison to Uniswap

If you understand Uniswap, then you also appreciate SushiSwap.

How can that be? Is it really so simple?

Yes — that's because SushiSwap is just a forked version (clone) of Uniswap.

The critical difference between the two comes down to tokenomics. When SushiSwap's creator Chef Nomi forked Uniswap, his reason for doing so was to introduce the SUSHI token as an additional reward for liquidity providers and farmers.

So, while everything works exactly the same on SushiSwap as it does on Uniswap, the key differences are:

Besides these differences relating to how rewards are generated and slight usability differences, SushiSwap and Uniswap are quite similar.

Was there drama between SushiSwap and Uniswap? Yes, but SushiSwap also slipped up early on

Just after SushiSwap was announced, quite a bit of drama unfolded between Uniswap's creator Hayden Adams and SushiSwap's Chef Nomi.

Hayden Adams is a public figure with ties to the Ethereum community going back years. His work on Uniswap is well-regarded and dates back to at least 2018.

Chef Nomi is an anonymous developer who leaped into the spotlight after unveiling SushiSwap. After the reveal, Adams quickly described SushiSwap as a copycat imitation of Uniswap looking to do nothing more than steal value with unrealistic rewards schemes.

SushiSwap did indeed grab liquidity from Uniswap, eventually taking over $1 billion in total locked value within mere hours. Shortly after that, Chef Nomi did themselves no favors by selling $14 million worth of ETH from a developer fund.

Anyone expecting a Uniswap level of transparency and decentralization from SushiSwap was quickly disappointed, leading to a back and forth that ended with Nomi returning the entirety of the funds and control of the SushiSwap project to Sam Bankman-Fried of SBF Alameda.

Which exchange is better? SushiSwap or Uniswap?

Ultimately, whether you'll side with SushiSwap or Uniswap has everything to do with how you want to earn rewards from your exchange.

Uniswap pays higher fees to liquidity providers (0.3% vs. 0.25% SushiSwap), but SushiSwap throws in an additional 0.05% paid to SUSHI holders. The latter thus incentivizes holding SUSHI, while the former pays LPs

In the battle between Sushi and Uni, Uniswap comes out on top for traders, liquidity providers, and the crypto-curious. On the other hand, yield farmers will migrate to SushiSwap's juicy APY opportunities. 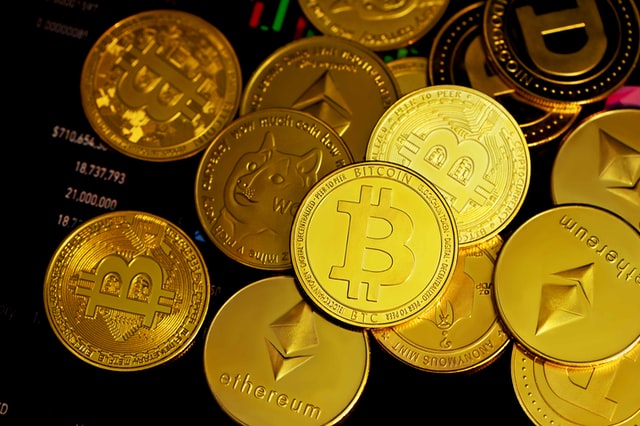 Altcoins are cryptocurrencies other than Bitcoin that attempt to improve upon Bitcoin's idea or fill a different use case. Use our guide to altcoins to find out how to invest in them.