Hayden Adams is a smart contract developer who launched Uniswap in 2018 after getting in contact with the Ethereum Foundation. 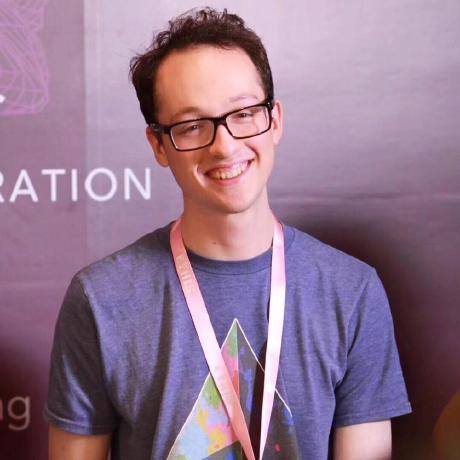 Hayden Adams is the popular blockchain developer and founder of Uniswap, who joined the cryptocurrency sector in 2017. After losing a position as a mechanical engineer at Siemens, Adams contacted his friend Karl Floersch (ETH dev), who introduced him to the smart contract ecosystem. Shortly enough, the engineer ventured into coding and discovered the benefits of decentralized technology by learning Solidity, JavaScript, and figuring out what Ethereum is.

His blockchain career started by working on a real project to test his dev skills. By October 2017, Adams worked on a proof-of-concept for a decentralized exchange running on smart contracts (based on the idea of Vitalik Buterin), which we today know as Uniswap. The DEX was primitive at the time, but it paved the road for a DeFi revolution which occurred three years later.

With the help of Karl, the Uniswap demo was presented at Devcon 3 - an Ethereum foundation developers conference held in November. Afterward, Adams got into contact with Pascal Van Hecke, which further entrenched his reputation and position in the Ethereum community.

In January 2018, Hayden Adams prepared a Uniswap pre-alpha which was completely ready in time for another Ethereum event called Deconomy. The Uniswap creator attended the event and flew to Seoul, where he met Vitalik Buterin. During a conversation with him, Adams brought up Uniswap and shared its smart contracts with Buterin. Ethereum’s co-founder was so amazed by what Adams has developed that he immediately proposed applying for a grant.

The Ethereum Foundation gave Adams a $65,000 grant which was used to finalize Uniswap and turn it from a dream into a reality. Much of 2018 was spent on developing the DEX, and by the start of Devcon in November, a final version of Uniswap was ready to be presented.

On the final day of Devcon 4, Adams deployed all the smart contracts for Uniswap on the Ethereum network and launched the Uniswap.io and app.uniswap.org/# platforms as well. Thanks to his friends from the Ethereum Foundation, a total of $30,000 in liquidity was deposited to Uniswap’s LP for swapping, marking the start of UNI V1.