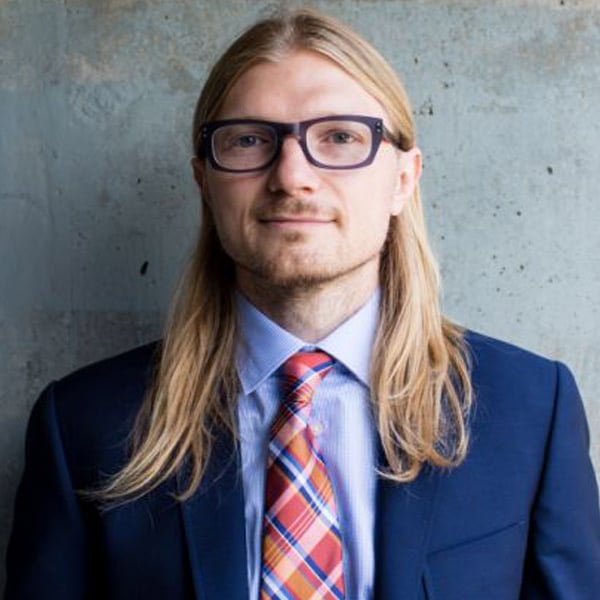 Co-founder and CEO of Kraken

Jesse Powell started his cryptocurrency career earlier than most leaders of the blockchain industry. In fact, he founded a company within the video game industry in 2001 that helped players manage their accounts and in-game currencies.

Powell graduated from the California State University in Sacramento with a degree in Philosophy which he used widely to fuel his entrepreneurship. As of 2007, Powell founded the Verge Gallery and Studio Project, which was one of the most influential commercial art galleries of that era. Simultaneously, he was monitoring Bitcoin’s rise as well.

After the largest crypto exchange in 2011 (Mt. Gox) experienced a series of attacks and security breaches, Jesse Powell visited the firm’s headquarters and realized that the situation was direr than it seemed. As a result, he decided to develop his own exchange named Kraken, which would replace Mt. Gox in the case that it failed.

Developed for two entire years, Kraken finally launched in 2013 shortly after Mt. Gox shut down, just as Powell intended. In the absence of a strong exchange, Kraken stepped in and filled the void, attracting an enormous portion of investors from the crypto market.

I also think it might be too late...Maybe the genie’s out of the bottle and just trying to ban it at this point would make it more attractive. It would certainly send a message that the government sees this as a superior alternative to their own currency. - Powell commenting on the state of regulation

As an early pioneer Jesse Powell was and still is very active in the crypto community. During the early days of Kraken, Powell collaborated and met up with other companies such as Ripple and Coinbase. It is also worth mentioning that early on, Powell advocated for worldwide crypto adoption and criticized the government’s intentions of killing crypto with regulations.

In 2020 Kraken succeeded in becoming the first cryptocurrency exchange in the U.S. to be granted a bank charter under both state and federal law, which Powell referred to as ‘the holy grail’ of digital asset exchanges.

As of 2021, Kraken’s founder is interested in expanding its services and products by offering more DeFi assets. Moreover, Powell wishes to follow the steps of Coinbase CEO Brian Armstrong by attempting to list Kraken on the stock market.