Is Solana a Good Investment? Pros and Cons Explained 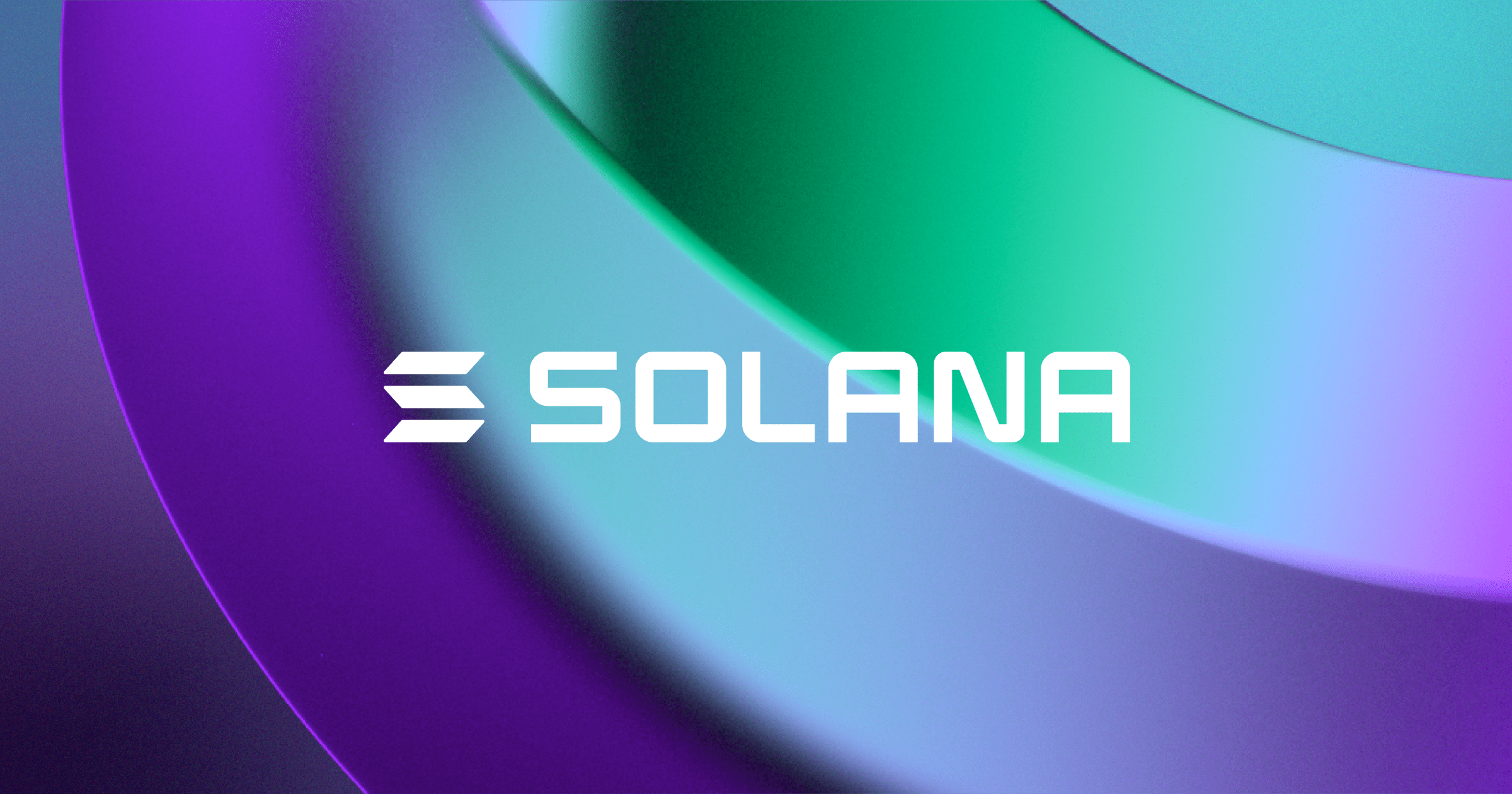 Is Solana a Good Investment? Pros and Cons Explained

Home to a rich dApp ecosystem and crypto’s second largest NFT market, Solana is one of the market’s fastest blockchain networks. On a good day it processes up to 5,000 transactions per second and does so while charging mere cents for fees. What’s not to love?

But there is much more to investing than choosing the fastest and cheapest blockchain out there. In today’s article, you’ll learn more about Solana, its potential as a speculative investment, and whether you should invest in SOL or not.

Solana is a decentralized blockchain network based on a Proof of History (PoH) consensus model that validates transactions without mining. PoH enables Solana to have a transaction throughput of up to 10,000 TPS, and in theory, up to 50,000.

The network has an active DeFi ecosystem holding a billion dollars worth of collateral. Investors typically use Solana for dApps such as Raydium, Magic Eden, Saber, Marinade Finance, and others. But even more popular than yield farming and lending is Solana’s rich and diverse NFT sector. Most within Solana’s community use the blockchain to invest in non-fungible tokens.

Anatoly Yakovenko leads Solana’s developer team and has co-founded the project with prominent developer Raj Gokal.  Yakovenko has a background in software engineering and entrepreneurship. Anatoly was the co-founder of Alescere, a VOIP startup. He also has experience as a software engineer at Qualcomm and Dropbox.

The Solana blockchain is under development for over four years and has been tested extensively. The team has released a number of open source libraries and tools that allow developers to build applications on the Solana platform.

Solana is still in development, but the team has already released a number of impressive products and has a clear roadmap for the future. The Solana protocol has the potential to be a game-changing technology that enables the development of high-performance decentralized applications.

There are some concerns surrounding Solana's level of decentralization due to its consensus model. PoH's major drawback is that nodes vote on new blocks and transfer those votes to so-called leaders. leaders then collect votes and sign off the block themselves. The standard in most blockchains is that validators confirm blocks and then nodes decide whether they agree with the new block’s legitimacy.

5 Reasons to Invest in Solana

Solana is an impressive blockchain network with a good track record. Many use the network due to its cheap fees and fast transaction time. It takes less than a minute for your transaction to pass and you won’t pay more than a few cents for doing so.

But is speed everything Solana has to offer? Of course not. Here are the 5 biggest reasons you should invest in Solana in 2022.

Solana is one of the most liquid cryptocurrencies. SOL is ranked 9th in CoinMarketCap's leaderboard and has a market cap of $11 billion. Equally important, Solana retains a high level of activity on both spot and futures markets. The token’s trading volume allows it to constantly stay within the top 8 most traded cryptocurrencies.

The network’s DeFi market is no joke either. According to blockchain analytics platform DeFi Llama, Solana holds around $1 billion in collateralized assets. This TVL places it within the top 10 most active DeFi chains.

Solana might not feature anything new or special compared to other blockchains, nor does it have any dApps that help it stand out. Despite this, the project still maintains a good level of adoption and interest from traders – who consider the project to be one of crypto’s biggest blue chips.

Solana has recently reached a billion dollar in total non-fungible token sales, making it the second largest NFT market in crypto. Solana is special for having its own unique community of NFT investors and developers, which formed in 2021 shortly after the Ethereum NFT mania hit its peak.

Solana is nowhere close to the size of Ethereum’s NFT sector. However, it’s slowly getting there. The market has not collapsed in spite of the bear market and is as active as ever. Note that NFT contributes to a major part of Solana’s on-chain activity.

Solana’s Proof of History consensus model is based on the premise of staking tokens to secure the network, rather than mining. Investors receive rewards in the form of the network’s native token in return for securing the blockchain. Therefore, staking can be a valuable and attractive passive income strategy.

Staking rewards are dynamic and change according to the laws of supply and demand, as well as the number of tokens being staked. You can stake SOL either by running a validator or by delegating SOL to a staking pool.

Staking pools are by far the easier option for beginners. Most Solana wallets have an integrated tool that allows you to stake your tokens in just a few clicks. Keep in mind that your tokens must be locked for a period of 5 days after you start staking.

Solana is not only economical, but ecological as well. Despite being one of the most active blockchain networks, Solana produces nowhere as close as the carbon footprint of Bitcoin or Ethereum. Solana’s ecological advantage is made possible due to its staking-powered consensus mechanism.

Staking removes miners out of the picture by forcing validators to confirm transactions by staking tokens instead of mining. Mining is an activity in which individuals consume vast amounts of energy in order to solve artificial mathematical problems and mine transaction blocks. Although mining is more decentralized and secure, it has a major ecological impact.

Solana leads the way in greener blockchain alternatives and it might attract people who were reluctant to join crypto due to environmental concerns. Better yet, Solana can scale with demand and support millions of users while consuming a tiny portion of energy compared to Bitcoin.

Scalability remains Solana’s most important investing thesis. Cryptocurrencies must scale with demand if they want to reach the masses. However, only a tiny number of blockchain networks actually scale. The inability to scale represents one of the leading causes behind cryptocurrencies failing to attract more adopters during bull run peaks.

Both Bitcoin and Ethereum reach bottlenecks whenever network activity is too high. The bottleneck leads to slower and more expensive transactions than before. For example, Ethereum transactions cost as high as $100 in fees during the peak of the last DeFi bull run. Investors had to pay a lot of money to use dApps and move tokens from one wallet to another.

Disadvantage of Investing in Solana

Solana has a tiny number of validators supporting the network. As of August 2022, the network possesses only 3,400 unique validators. This figure is incredibly small compared to Ethereum’s 426,000 validators.

The number of validators is important because it signifies how diverse the network is and how power (consensus) is spread. Solana’s voting and consensus powers are too small given that the network holds a billion dollars in collateral.

Moreover, there are concerns over the project’s token supply. Solana is infamously referred to as a ‘VC project’ due to the fact that many VC investors have participated in Solana’s early token sales. This is generally seen as a bad move because investors consider VC to be entities that leech off the market, rather than contribute to it.

The second problem is stability. Solana has seen a total of 5 network outages since it launched, three of which took place this year alone. These network outages featured a long period of time during which you couldn’t issue any transaction because the network was down.

There’s no need to explain why network outages are bad. They’re simply something that shouldn’t happen in the blockchain industry. Outages can force smart contracts to liquidate people’s assets and make them unable to sell during volatile market movements. They’re generally unpleasant and happen too frequently on Solana – which stands out as no other major blockchain featured an outage in recent years.

Although developers are working on resolving Solana’s uptime issues, the damage is already done. The project has gained a bad reputation of being ‘constantly’ down. And despite fixes being implemented, Solana has yet again went offline this October for several hours. Solana might scale, but it needs to scale 24/7 if it wants to succeed.

Should You Buy Solana (SOL)?

Solana represents a technological leap in the modern blockchain industry. No network with such a high activity scales as well as Solana does. Solana is currently the most advanced blockchain network and it is years ahead of other blockchains in terms of transaction throughput and functionality.

Solana’s current expertise resides in NFTs and futures markets. Many investors join Solana to either participate in its rich NFT ecosystem or to trade futures on decentralized exchanges. Although its dApp sector is nowhere as diverse or popular as Ethereum’s, it still features a remarkable level of activity.

However, not all is good over at Solana. The project currently faces two major bottlenecks: decentralization and stability. The network must attract more validators from all around the world and spread its token supply to more investors if it wants to remove its stain of being too centralized. The team also has to implement several solutions if it wishes to fix Solana and its turbulent network stability.

Overall, Solana is a promising blue chip with a lot of potential. But for that potential to reach the light of the day, Solana’s developers and community have a lot to do. Centralization and stability will cripple the project. But if resolved, Solana might entertain the thought of being an ‘Ethereum killer.’

If you want to learn more about Solana and its ecosystem, I recommend reading the following articles: