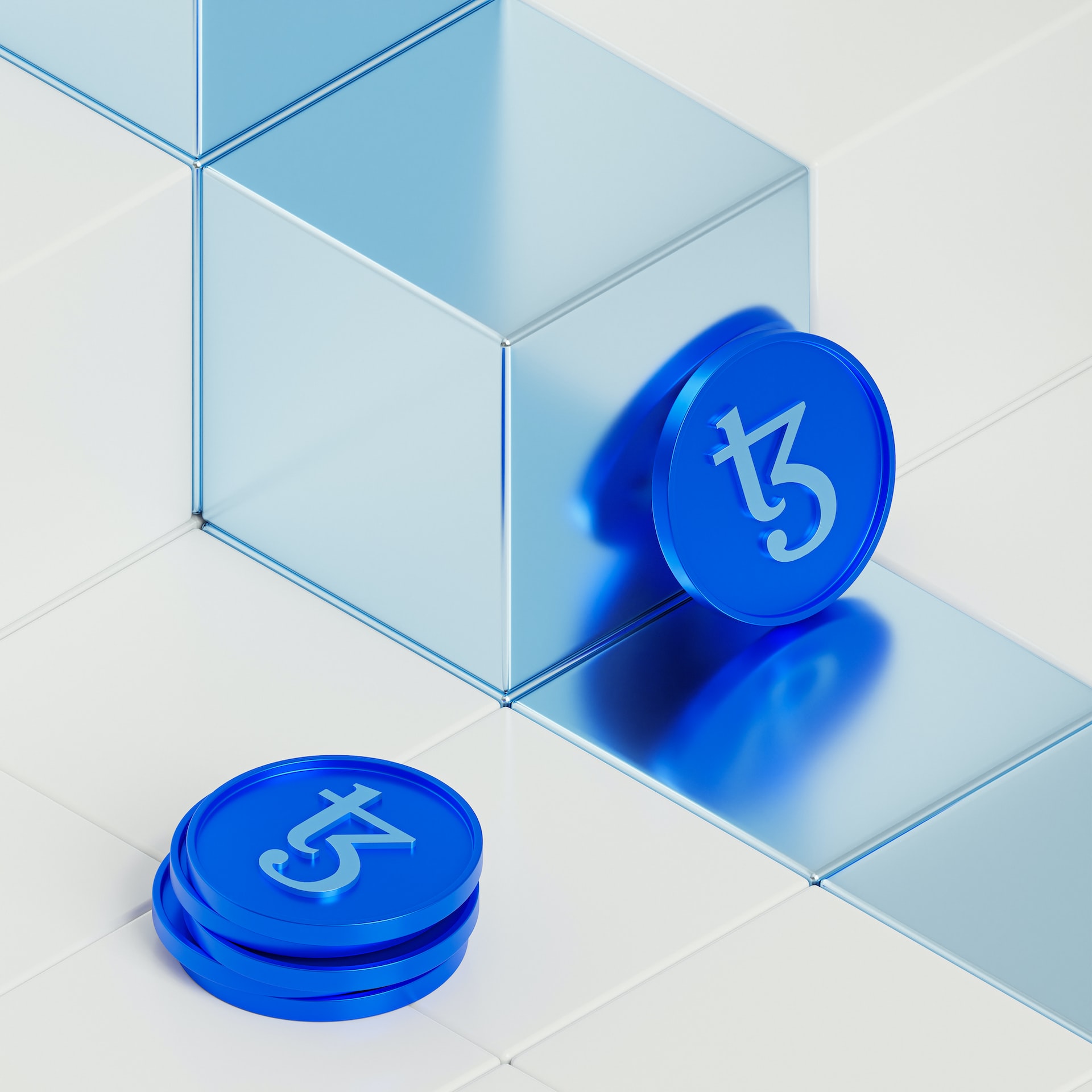 The Tezos blockchain features a fully-upgradeable, secure, and energy efficient decentralized network. Tezos is marketed as being a 'green blockchain' for having a Proof of Stake consensus mechanism that removes the use of mining – severely reducing the power it consumes.

Tezos is one of the projects that plans to dethrone – or at least compete with – Ethereum. Tezos still has a long way until it reaches its goal, but it has the right foundation  for it. If anything, it’ll at least find a niche within the NFT market for producing so-called clean NFTs.

In today’s article, I’ll walk you through the tokenomics behind Tezos and explain what the ZTX token is used for. But before I talk about the token itself, let me first give you a brief explanation of how the Tezos blockchain works.

Tezos is a Proof of Stake blockchain network with smart contract functionality that dates back to 2014. The project was founded by Arthur and Kathleen Breitman, who envisioned an upgradeable blockchain that sees regular updates while simultaneously avoiding hard forks.

The main objective of Tezos is to solve three crucial issues in the blockchain industry:

The core idea behind Tezos is ensuring that a blockchain can upgrade itself without having to do a hard fork every time it does so. Tezos has successfully implemented this feature by introducing a blockchain governance system in which community members vote with their native XTZ token.

Voting takes place through a process called baking. Baking is when a holder locks his ZTX tokens inside a special smart contract that grants him the ability to vote. He needs to stake at least 8,000 XTZ in order to gain voting powers.

Bakers simultaneously maintain the network by staking their tokens. They can also decide to run a node and validate new transactions or delegate this activity to another user if they wish. For staking their tokens, holders receive a number of new XTZ tokens proportional to their staking amount.

In short, decentralized governance is what helps Tezos avoid constant hard forks. Tezos was one of the first cryptocurrencies to implement on-chain governance, which has helped tremendously in its rise to fame.

Tezos solved the second problem by basing its blockchain on Proof of Stake. Proof of Stake (PoS) is a consensus mechanism that requires validators to stake (lock up) a certain number of tokens while running nodes. Staking protects the blockchain network by granting it more staking, and thus voting, power. It solves the problem of 51% attacks and all the risks they carry.

How does PoS solve heavy power consumption? By taking miners out of the picture. Miners are individuals within a Proof of Work system who run mining rigs 24/7 to solve complex mathematical problems. Solving these problems is how miners validate transactions and mine new transaction blocks into existence. Of course, mining rigs consume too much power.

Tezos tokenomics revolve around the XTZ token and its use in governance and staking. Some holders also use their assets to buy NFTs denominated in XTZ within Tezos’ very own NFT market. To start with the tokenomics, I’d like to first talk about the token’s utility.

You can use XTZ to vote on existing governance proposals and to propose new ones. Governance is how Tezos allows its community to decide the course of the project and steer it in a good direction. After all, those who hold XTZ are incentivized to vote on good proposals that have a positive impact on the project's future.

As I mentioned previously, governance starts with baking. Baking is when you stake 8,000 XTZ on Tezos and gain the ability to vote on governance proposals. You can do so simply by visiting the project's governance portal, reading various discussions, and clicking on active proposals. And if you're not sure what's good for Tezos, you can always delegate your voting powers to another address.

The project's Proof of Stake consensus mechanism grants everyone holding some amount of Tezos the right to sign, validate, and produce transaction blocks. You can do this by running a node or by delegating your tokens to someone else. Whatever you end up doing, you'll receive rewards denominated in XTZ that are proportional to the amount staked.

All you have to do to stake is interact with the staking platform from your Tezos-native wallet. Staking grants an annual interest rate of 6%. Keep in mind that this rate is not fixed and that it changes according to the number of tokens staked, as well as network activity.

Staking is a powerful activity that helps protect the Tezos blockchain and keep it alive. You can boil down staking to granting the network itself more power so that it’s harder for malicious actors to overpower it (read more about 51% attacks).

You’ll find a lot of NFT activity on this project due to the fact that Tezos is a so-called ‘green’ blockchain network. It doesn’t waste resources like energy to facilitate transactions and the transactions are cheap, making Tezos the perfect target for an NFT marketplace.

All NFTs on Tezos are denominated in the XTZ token. You can swap your tokens for an NFT if you’re interested in a collection. And if the collection gains value, you’ll be able to sell your NFT for more XTZ than you’ve originally invested.

XTZ Tokenomics in a Nutshell

Now let’s talk about the technical aspects of Tezos tokenomics.

XTZ is a cryptocurrency with a market cap of $1.2 billion and a daily trading volume of $31 million. The token has a circulating supply of 912 million tokens. XTZ is an inflationary token that emits most of its new token supply through staking.

According to DeFi Llama, the Tezos blockchain has a TVL (total value locked) of $34 million in its DeFi ecosystem. Notable protocols include Kolibri, Plenty DeFi, QuipuSwap, and NFT marketplaces such as objkt.com.

The token is entirely inflationary, however, it has a few burning mechanisms. For example, burning happens when data is stored on the chain, when bakers act maliciously by validating the wrong transactions, and when trades are made on the liquidity baking contract. New tokens are produced whenever new blocks are produced. A large portion of newly emitted tokens also come from staking.

The XTZ token is primarily used to pay for gas fees for newly created transactions or executed smart contracts. XTZ tokens are also used to stake and receive rewards of up to 6% APY. Moreover, those who submit new governance proposals receive rewards if they are successfully implemented.

The token has an inflation rate of around 18% per year. XTZ has an unlimited token supply, which has a big impact on supply and demand. However, a large portion of the tokens are staked and locked inside the network.

The Tezos token has a balanced distribution. Around 80% of the tokens went to ICO (Initial Coin Offering) participants while the remaining 20% went to the Tezos Foundation, early backers, and the dynamic ledger solutions business entity representing Tezos.

Tezos is a decentralized blockchain network with full smart contract functionally that succeeded in creating an upgradeable blockchain by introducing on-chain governance. Tezos is a green blockchain that consumes little energy due to its PoS consensus mechanism – which also allows its holders to stake and receive rewards.

The Tezos token is clearly an inflationary token with no maximum token supply. No token cap has severe constraints due to the laws of supply and demand, but it is necessary due to the project’s yield-producing nature.

Like any other PoS network, the ultimative success of Tezos depends on network growth. A high TVL combined with high network activity – plus an active dApp economy – is what Tezos needs in order to strive. Without it, such tokenomics warrant a ghost chain.