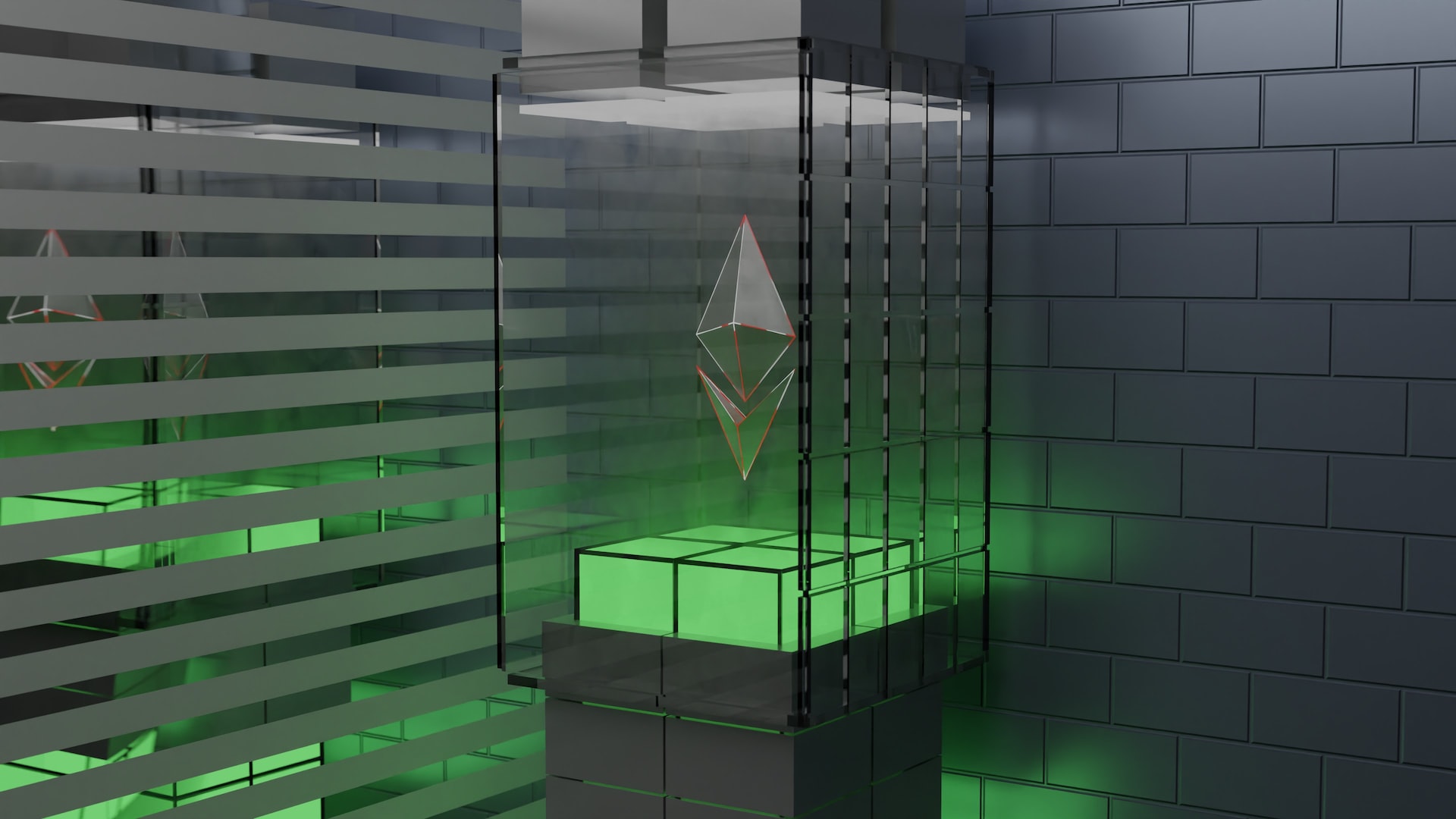 The most highly anticipated crypto event of the year is finally here: The Merge. On September 15th, the second largest blockchain network will transition from Proof of Work to Proof of Stake – making Ethereum faster, cheaper, and more energy-efficient.

The transition to Proof of Stake is in the making since 2017. Blockchain technology faces many roadblocks – which the Ethereum Foundation realized early on. Developers have to completely transform today’s blockchain tech in order to improve Ethereum’s chances at reaching widespread global adoption. The Merge represents the first big step to resolving bottlenecks, changing the way we reach on-chain consensus, and establishing sustainable growth.

You don’t have to do anything to prepare for the merge. But while you’re waiting, read today’s article to learn more about how the Merge changes Ethereum and what that brings to investors.

What is the Merge?

The Merge is a software upgrade that will switch the Ethereum blockchain network from a Proof of Work to a Proof of Stake consensus model. This will happen by merging the Ethereum mainnet with the Beacon Chain – a separate PoS chain launched in December 2020.

The upgrade will mark the end of PoW and introduce long-awaited scaling technologies and introduce critical changes on the consensus layer. Miners will disappear and be replaced by stakers – validators who confirm transactions and secure the blockchain by depositing ETH to the network.

The Merge is a two-phase launch that takes places with the following upgrades: Bellatrix and Paris

Bellatrix commenced the Merge event and took place on September 6th on the consensus layer. The upgrade updates the part of Ethereum that hosts decentralized applications (dApps): the Ethereum Virtual Machine (EVM). This is the last upgrade that took place on the Beacon Chain and it essentially prepares it for the mainnet merge.

Paris is the upgrade that takes place on the execution layer. It will be triggered once the Terminal Total Difficulty (TTD) reaches a certain point (estimated for Sep 15th). What follows is a new block being produced on the Beacon Chain with the help of a validator. The Merge is officially completed once the Beacon Chain finalizes this block and confirms it on the blockchain.

Validators will continue confirming new blocks of transaction on the now unified PoS network while the PoW network goes offline. Every transaction and smart contract created since 2015 will move to the Beacon Chain. This means that the new network will completely retain the entire transaction history of the old one – establishing a sense of continuity.

Ethereum’s transition to Proof of Stake marks a monumental shift in the entire crypto industry. It will improve the experience of existing users by making the network more efficient and gas fees cheaper. It will also attract users outside the crypto market who have a negative view of blockchain technology due to its high energy consumption.

The second largest blockchain network will finally solve the blockchain trilemma, all by removing miners out of the picture. Replacing mining with staking leads to improvements in four key sectors:

Mining is an inefficient way to validate transactions and secure blockchains. Mining rigs cost too too much, consume too much energy, and require too much space. All of this is not available to the average user.

Staking is an entirely digital process that takes on the blockchain and leaves no carbon footprint. In order to stake, you need to deposit 32 ETH to the Ethereum blockchain and you will gain access as a validator confirming transactions.

The purpose of staking lies in security and decentralization. Staking secures the blockchain by temporarily giving it ownership to a set number of coins. These coins allow the network – as a decentralized entity – to hold a larger share of its token supply, which prevents malicious actors from taking control over the network by holding more than 51% of its supply.

In return for securing the network by staking, users receive yields. Ethereum stakers earn somewhere between 3% to 5% APY for staking 32 ETH at current rates. The APY will go back and forth as the staked supply fluctuates. The more people stake, the lower the yields and vice versa. The Beacon Chain currently has 13 million ETH staked.

Sadly, sharding isn't here yet. The Merge exclusively marks a change in Ethereum's consensus layer. Validators go in, and miners go out. Per the words of the Ethereum foundation, sharding will appear sometimes next year. The delayed launch is a result of the foundation's decision to focus on the consensus layer first and scalability later – contrary to their original plans.

Sharding is a concept from computer science in which the load of computing power is spread by splitting a database horizontally. On Ethereum, sharding will decrease the burden placed upon the network by users and lower network congestion.

Ethereum will work with other layer 2 rollups to spread the power needed to process large amounts of transactions to the entire network. Since this will lower network congestion, the number of transactions per second (TPS) will increase.

What sharding does is remove the need for a node to store Ethereum's entire transaction history. Instead, nodes use special methods to access the ledger history by using the network as one entity. Think of the process of a brain, where individual neurons contain parts of a memory, enabling the mind to recall without having to store the entire memory into each neuron.

The combination of sharding and staking leads to higher decentralization by removing the hardware power needed to run a node. You can stake with your node by using the most basic computer – or even your phone!

Sharding will have a symbiotic relationship with L2 rollups. L2 solutions introduce off-chain transaction processing and work by rolling multiple transactions into one and processing it outside the blockchain network. It then generates a cryptographic proof and delivers it to the chain to confirm the transaction block.

Once L2s are combined with the extra data availability provided by sharding, the Ethereum Foundation estimates that the network will reach a TPS of up to 100,000. This is four times faster than Visa’s TPS and 14,286 times faster than the original PoW network.

Multiple individuals and entities have invested in Ethereum mining over the last seven years. Because the PoW network disappears post-merge, some presume that miners will fork the Ethereum network and create a PoW network.

ETH holders will receive an airdrop of the hard fork based on a 1-1 ratio (one PoW ETH for each PoS ETH). Investors holding their Ether in non-custodial assets will certainly receive an airdrop. Those holding on exchanges will have a different outcome depending on whether their exchange supports the fork. Moreover, ETH tokens held on L2 protocols such as Optimism (and not the mainnet) will not receive the airdrop.

BitMEX currently offers a futures contract based on the potential Ethereum PoW token. The token is traded at $22 at the time of writing. Investors can purchase contracts to speculate on the hard fork’s future.

Ethereum’s largest mining pool Ethermine has announced that it will not support the fork and that it will discontinue its services and switch to PoS. The announcement has damaged the future fork’s credibility and potential adoption.

Moreover, many fear that the PoW chain will be dead on arrival because all the dApps will migrate to the PoS network. Essentially, there will be no demand on ETH PoW due to no utility, and therefore, a limited number of transaction blocks to mine.

A common trope among non-crypto natives is that cryptocurrency consumes energy at the level of entire countries. Mining hardware solves imaginary mathematical problems to find a hash key and receive a reward for mining a block.

The situation will drastically change after the merge. Staking will render thousands of mining rigs useless as nodes now only need 32 ETH to join the network as a validator.

Based on the data gathered during the Beacon Chain's limited runtime, the Ethereum Foundation concluded that Proof of Stake will decrease Ethereum's energy usage by 99.95%. The average node will consume only hundreds of watts, while the entire network spends 2.62 megawatts -- lowering the network's energy consumption to the scale of a small town. Ethereum miners currently consume over 44.49 TWh per year, reaching the energy consumption of medium-sized countries such as Norway. But the new upgrade will help Ethereum process even more transactions at a much lower cost and energy consumption.

Nothing will change from the perspective of the average user once the merge completes. Ethereum will still run like it always did. Traders will swap tokens on DEXs while degens ape into NFTs. But on a fundamental level, nothing will be the same.

Ethereum’s intrinsic value will rise drastically as energy consumption crashes and the network reaches peak decentralization. Stakers will take over the network, forcing existing miners to move back to Bitcoin or experiment with other PoW coins. And most importantly, the entire way Ethereum reaches consensus will change in this historic moment.

The Merge also kickstarts the final expansion of Ethereum’s capabilities. Developers will shift their focus to sharding and complete the process by introducing scalability to the fold as well. The merge will lay the foundations for the fastest, securest, and cheapest blockchain network ever.

And Ether will no longer be just a token. Post-merge, Ethereum turns into a yield-generating asset that might potentially attract institutional investors seeking to participate in the future of finance. No other project does smart contracts like Ethereum, and none will be as decentralized as Ethereum after the network upgrade.

The crypto market waited five years for the merge to happen, and now, it’s finally here. For some, this was the final destination. But for us looking forward to living in a future where decentralized finance is part of everyday life, this is just the beginning. 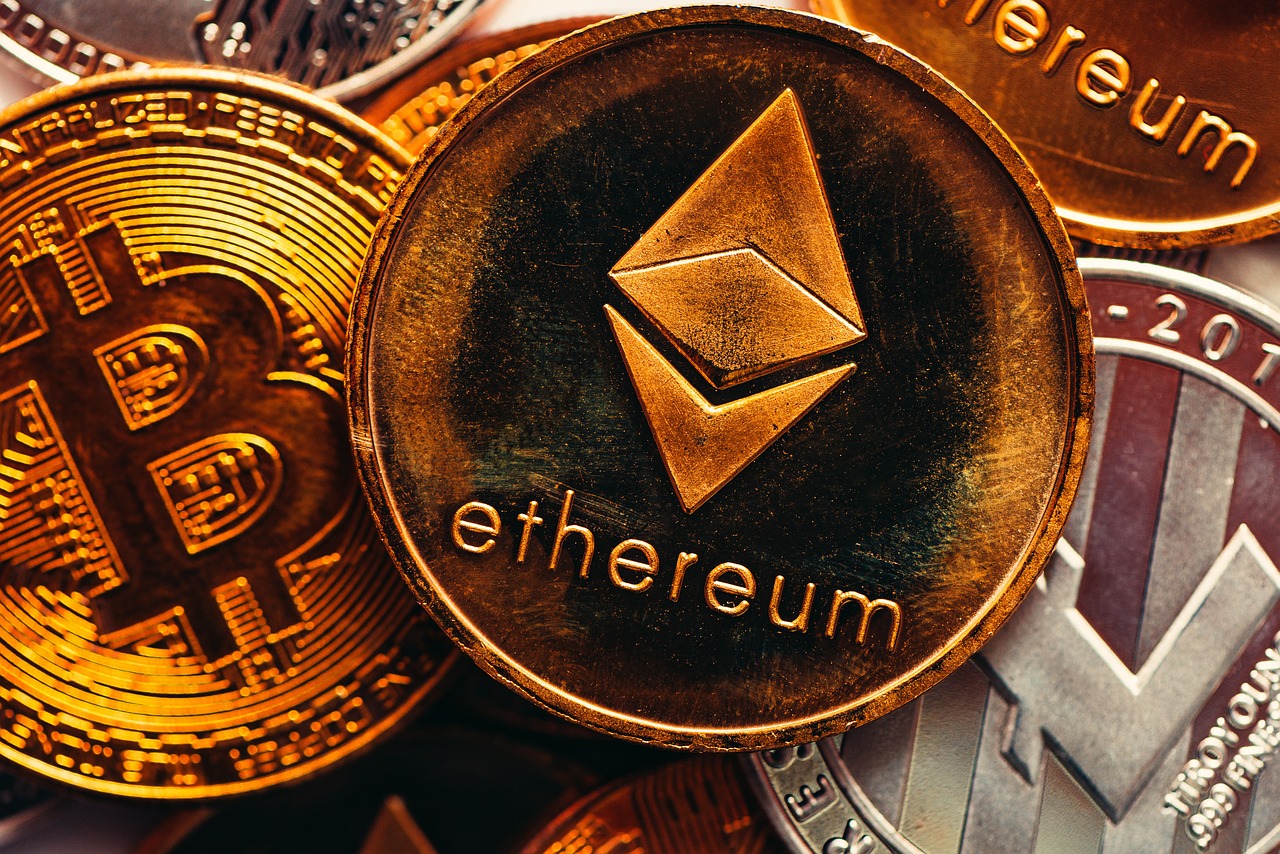 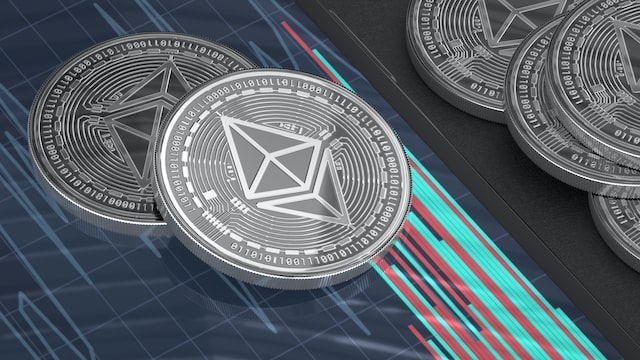