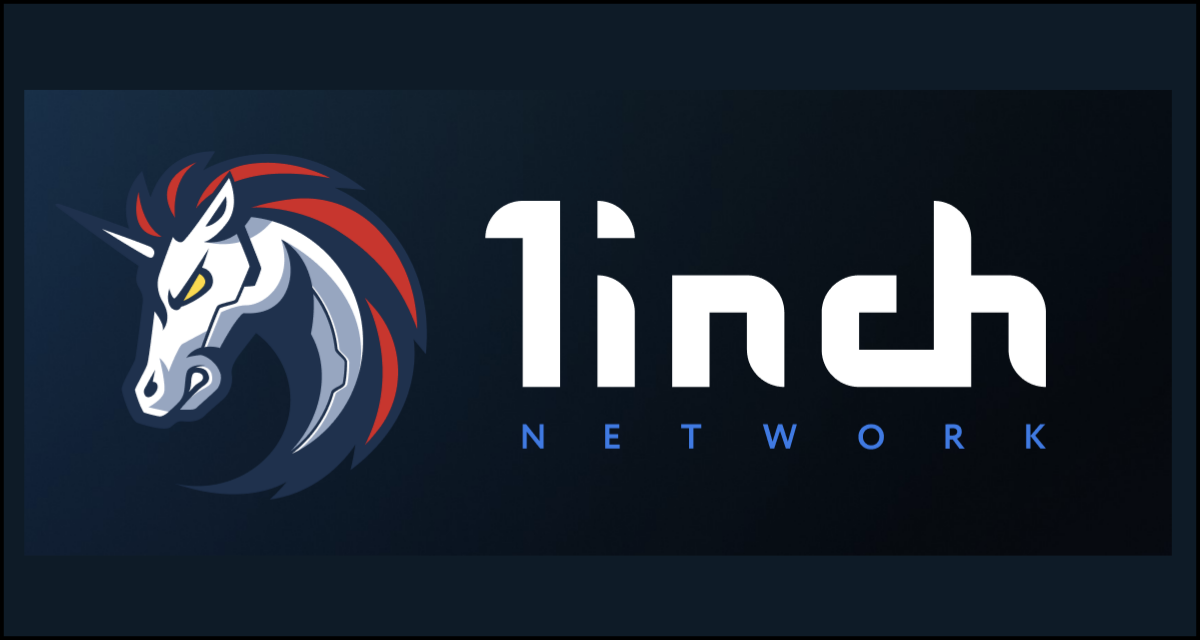 In 2021, there are more decentralized exchanges to choose from than ever before.

Between Uniswap, Sushi, Curve, Loopring, Kyber, 0x, Balancer, Bancor, and lesser-known DEXes like DODO, how do you choose?

1inch (1INCH) is a DEX aggregator that checks prices across exchanges then figures out the cheapest route for your trade. So, instead of picking a single exchange, 1inch lets you use them all to come up with the best bang for your buck.

This guide to 1inch explains the DeFi platform in detail, including its key features. We also break down the 1INCH token along with Chi Gastoken, its little-known relative.

What's the difference, you ask? The DEX platform side of 1inch refers to how you can easily buy and sell cryptocurrencies on the exchange using a format similar to Uniswap.

It's the DEX aggregator component that sets 1inch apart from its rivals. 1inch works by aggregating the liquidity across popular DEXes like Uniswap, Sushi, Balancer, Bancor, and others.

Aggregating, in this case, means 1inch searches the pairs you're trading across all available exchanges for the absolute best prices possible.

When it comes time to complete the trade, 1inch splits your order and spreads it across several exchanges. However, you experience the trade as a single transaction on the user end.

Everyone using a DEX in 2021 has hit the same roadblock: gas fees. Because of increased congestion on the Ethereum network, gas costs for DEX trading have gone through the roof.

That's why you must factor gas fees into DEX trades when searching for the best crypto prices. Some exchanges have the token you want, but the transaction could be more expensive than it's worth after factoring in gas.

To test 1inch out for yourself, head over to the app, then populate the swap interface with tokens you want to trade. We tried the interface out by inputting an ETH —> CRV trade. As you can see, 1inch gets you the most CRV for the trade compared to other exchanges.

Reducing the cost of gas isn't all 1inch is about. Because the exchange routes your transaction across multiple DEXes, it also reduces slippage.

To understand slippage, you should know how pooled liquidity works. If a liquidity pool for ETH-CRV is illiquid, the pool can't efficiently absorb a large swap or high-volume trading. The result is the price of the token slips, meaning it gets more expensive, netting you less CRV than quoted.

Compounding the problem is the possibility that several exchanges lack the liquidity to absorb a large purchase or high volume for a given pair of assets.

But remember that 1inch aggregates liquidity across DEXes. 1inch's stroke of genius is sourcing tokens across pools to mitigate slippage.

Large traders, known as whales, love 1inch for its slippage-reducing superpowers. Even if you aren't a whale by definition, 1inch can help lower your trading costs — especially if you're buying a high traffic token.

1inch has pioneered a decentralized exchange that essentially solves liquidity shortages. However, that's not all the team has accomplished. Check out 1inch's key features below.

At first, 1inch focused on aggregating liquidity from other DEXes. It didn't take long before the team went ahead and built a liquidity protocol to attract native liquidity to 1inch itself.

Anyone can stake assets in 1inch liquidity pools forming the basis of 1inch and its Mooniswap AMM (more on that below).

Despite launching its liquidity protocol with a liquidity mining program, 1inch has struggled to attract LPs from popular AMMs like Uniswap and Sushi. Today, 1inch liquidity pools contain around $45 million in total value locked — a far cry from the billions on Uniswap.

In March 2021, 1inch unveiled its v3 aggregation protocol with upgraded smart contracts. The update made a good thing even better, bringing faster and more efficient aggregated trades to the exchange.

Besides the added unicorn power, 1inch v3 connects to more DEXes than ever before via Ethereum and Binance Smart Chain. With a simple click, you can access liquidity on both Ethereum and BSC's largest DEXes.

Advanced trading tools are woefully lacking across DEXes like Uniswap. Not so with 1inch, thanks to the team's innovative limit order protocol.

Decentralized exchanges and applications built on Ethereum pride themselves on their home blockchain. Maximalism of this kind has boxed several DEXes into Ethereum's high-cost ecosystem while rival blockchains achieve scaling milestones.

This might explain why 1inch shocked the crypto world after it announced a Binance Smart Chain integration. After witnessing the astonishing rise of the BSC DeFi ecosystem during the first half of 2021, 1inch correctly sought to replicate its success on another chain.

1inch's BSC deployment gives you the same functionalities available on its Ethereum version. Instead of routing to Uniswap and Sushi, 1inch on BSC routes to PancakeSwap, Venus Protocol, and BakerySwap.

Not long after deploying on BSC, 1inch deployed on Polygon, a blockchain for scalable Ethereum transactions. Right now, 1inch on Polygon has limited aggregation powers restricted to Uniswap, Sushi, Aave, and Curve

1inch doesn't charge trading fees no matter the size of your trade. That's a huge pro in our book. Please keep in mind this doesn't mean no trading fees of any kind. When 1inch routes your trade through other exchanges, the trade will incur their fees, which 1inch passes onto you.

That's not to say 1inch trades end up being more expensive than going directly to Uniswap or Curve. It's often the case that your fees end up just as low, if not lower, with a good exchange rate to boot.

In the early days of 1inch, the team sought to differentiate its aggregator product from the liquidity protocol being built in tandem. As a result, the Mooniswap DEX was born to streamline token swaps but also offer more firepower to liquidity providers.

Notably, Mooniswap gives portions of slippage profits back to LPs instead of arbitrageurs. Other improvements include trader protections against menaces like front-running and referral fees for LPs.

1INCH is an ERC-20 token on the Ethereum network representing the 1inch. After 1inch deployed on BSC, a BEP-20 1INCH token became available via the Binance bridge.

As an asset, 1INCH token has picked up major steam this year. Coinbase added it in April and Grayscale, a highly influential investment fund, is considering adding 1INCH to its portfolio as well.

Before getting into the uses around 1INCH token, check out its current stats.

1INCH is a governance token enabling the holder to participate in 1inch DAO voting processes. To vote, simply hold 1INCH tokens in your Metamask wallet.

Aside from its governance uses, 1INCH also functions as a liquidity pool base pair and reward to incentivize liquidity onboarding. Through liquidity pools like 1INCH-YFI and 1INCH-DAI, yield farmers need to buy and hold 1INCH tokens to access the APY offered in the pools.

What about the Chi Gastoken?

There's another token released by the 1inch team that hardly anyone knows about. It's called CHI, or the Chi Gastoken.

Earlier in this guide, we explained 1inch's ability to reduce gas costs during trading significantly. You might have wondered whether 1inch has a special arrangement with Ethereum miners — but that isn't so.

Instead, 1inch uses the Chi Gastoken. In a nutshell, the Gastoken allows you to hedge against Ethereum gas prices by holding CHI. When it comes time to trade on 1inch, you can redeem CHI tokens to cover large portions of your trading gas fees.

For the most part, CHI benefits high-volume traders and liquidity pool arbitrageurs. However, even if you don't trade too often, the gas saved by Chi Gastoken can be as high as 50%.

How Does 1inch Compare to Uniswap?

Overall, 1inch and Uniswap are pretty similar. The major difference between them is 1inch lets you trade across many exchanges, whereas Uniswap trades are all sourced from Uniswap liquidity pools.

If you need a slippage-reducing exchange that real-time sources crypto from the best liquidity pools, 1inch is the way to go.

On the other hand, casual investors who are buying and holding cryptocurrency will likely prefer the straightforward simplicity of Uniswap. Besides, Uniswap's nearly $6 in liquidity is more than enough to cover most trades.