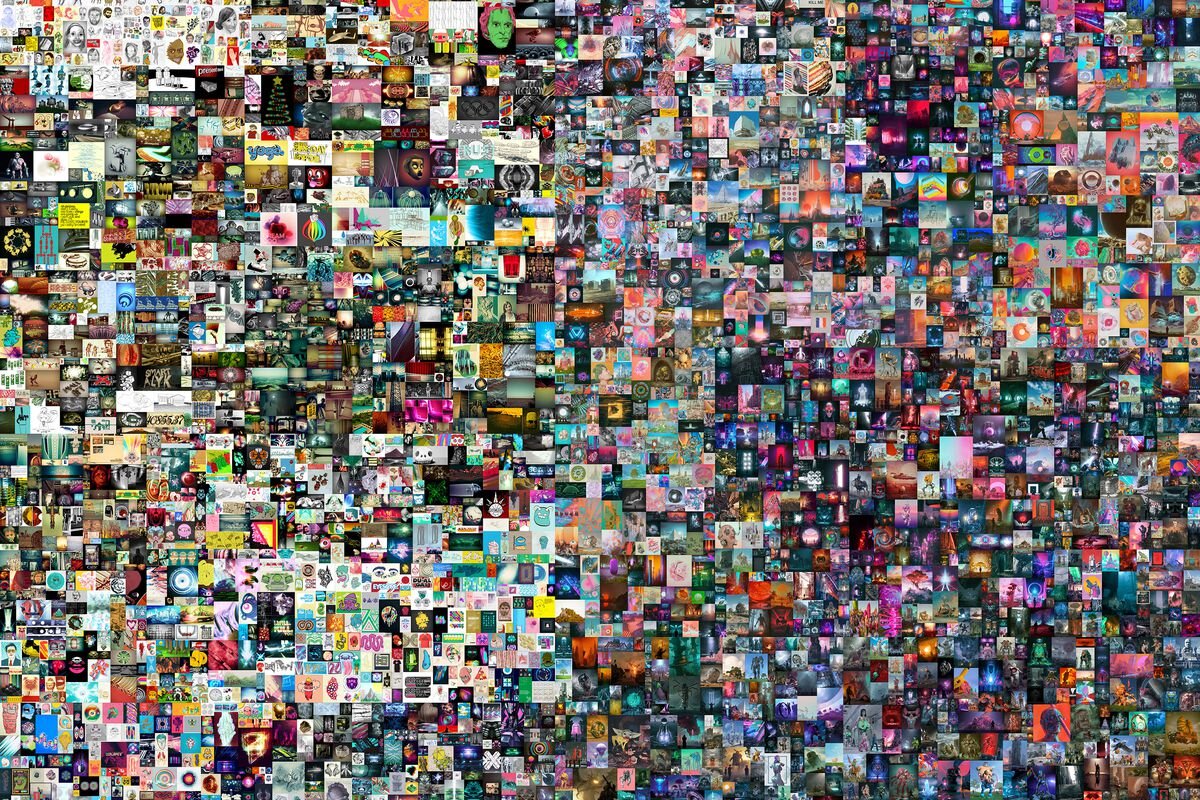 Are NFTs more than just pictures issued on a blockchain? There must be surely something more to non-fungible tokens, given that one sold for $69 million last week.

Non-fungible tokens (NFTs) have, for better or worse, expanded into new territory: mainstream circles. Not only are they mentioned in almost any crypto conversation, but they are now also talked about outside the blockchain industry as well.

Considering that an NFT recently sold for $69M, it is not really strange why these seemingly brand-new tokens are literally everywhere. Rock band Kings Of Leon have tokenized their latest album, famous skater Tony Hawk NFT’ed a trick of his, and even the old Nyan cat meme became an NFT that sold for $580,000.

What is the hype all about, and do non-fungible tokens really deserve their stream time? Are they the next step in blockchain evolution and if not, how do they synergize with the rest of the industry? It might sound too strange right now, but everything will make sense in just a moment.

Non-fungible tokens are a special type of cryptocurrency that represents a unique digital asset on blockchain networks. The NFT can represent practically anything, from an abstract concept to a material good. The list is extensive and includes items like artwork, videos, memes, in-game items, etc.

There is literally nothing that prevents a blockchain user from turning practically anything into an NFT. You could turn your dog into an NFT, a house, a piece of land, a car, and all sorts of other ‘wacky’ things that you wouldn’t expect to land on a blockchain.

The process of turning an object into an NFT is done through the act of tokenization. Basically, tokenization is done by issuing a digital token that represents a physical or non-physical object from the real world. Think of it as a digital certificate that acknowledges certain states or properties and records them in an immutable way via decentralized technology.

Why do NFTs exist?

The primary goal of NFTs is to provide proof of provenance, a chronological history of ownership that shows which items exchanged hands and when.

Let’s use the art world as a concrete example.

Imagine that you are a lonely artist who has created an amazing painting that you are willing to expose to the world and attempt to sell it for a reasonable price. How would you go about this while being able to prove that the artwork is indeed yours and that no one else can steal or copy it?

The traditional way to do it would be to sign your name in a corner, but that wouldn’t be really nifty nowadays. Everyone can copy your signature, and it is terribly hard for anyone to confirm the original signature without employing 3rd-party services.

NFTs come into this fold as a savior for artists. By tokenizing his painting and turning it into a non-fungible token issued on a blockchain like Ethereum, the artist can digitally ‘sign’ the painting and prove that he is the original and sole owner. Anyone interested in the artwork could check on Etherscan that the NFT did not exchange hands and that it was created on the same date that the artist publicly announced.

Moreover, the artist proves that his creation is the original one, discerning it from copies. If Leonardo Da Vinchi was alive today, he could NFT his Mona Lisa and instantly turn all other copies worthless. More importantly, verifying the authenticity, current ownership, and originality of the Mona Lisa would take a few minutes and cost zero dollars. How cool is that?

The history of NFTs

What is the huge deal about NFTs, and why are they suddenly everywhere? Even hardcore blockchain enthusiasts are starting to complain about the surge of content regarding non-fungible tokens, and we cannot even imagine how it might feel like for non-crypto users.

A detailed description of NFT history would require an article of its own, so we will stick with the recent history that created the groundwork for what we have today.

In 2017, two tech guys called John Watkinson, and Matt Hall decided to join the ongoing mini-NFT craze by creating a project of their own: Cryptopunks. The idea of crypto punks is to generate unique characters on the Ethereum blockchain that would be unique.

The story evolves with the creation of a new Ethereum token standard (ERC) called ERC721. This token is similar to ERC20 tokens in its design, but the main difference is that the new ERC was specifically built for non-fungible tokens.

The first project to take advantage of the new token standard was CryptoKitties, a blockchain-based virtual game that lets crypto users adopt and trade virtual cats. Much like the modern NFTs, CryptoKitties reached the front page of every major news network in 2017.

Cryptocurrencies kinda died near the beginning of 2018, so NFTs went into hibernation for most of the bear market and beyond. It was not until 2020 that the concept of non-fungible tokens was revitalized one more time, supported by the advent of new technologies and markets like DeFi.

After the march crash of 2020, DeFi established itself as a major subsegment of the crypto market that effectively pushed all other digital assets to new highs. NFT experienced a revival during this period as well, but they were too overshadowed by the ongoing yield farming craze to be noticed by anyone.

Around October, the return rates offered by yield farming projects tumbled, and high gas fees on the Ethereum network made liquidity pools too expensive for the average user. Normally, the answer was to switch to another novel concept to read similar rewards and as a result, all eyes have turned toward the Rarible NFT platform.

Much like yield farming and the overall DeFi market, investors largely believed that NFT is a fad that will soon go away. However, the NFT trend became larger and larger and eventually reached a point where outsiders joined the niche segment as well.

The trend boomed near the start of 2021, at a time when most NFT marketplaces like Rarible and OpenSea have already matured. What is the exact cause for the boom? Well, NFT’s innovative design might have attracted a lot of people not only with its crazy concept but with its crazy prices as well.

After all, a huge economic ecosystem like Bitcoin ‘only’ sells for $58,000, so naturally, people are intrigued about virtual pictures being sold for millions of dollars.

Truth be told, speculation is the main force driving the NFT market. Most non-fungible tokens are in some ways overpriced, and if it were not for the crypto bull market, they wouldn’t sell for more than thousands of dollars.

At their current stage of evolution, NFTs can be viewed as a social experiment.

If successful, the market will cement its position as an important segment of the cryptocurrency market that connects two groups of people: investors and creators.

If it goes wrong, NFT buyers will be stuck with a ‘bag’ of artwork with an ROI of -80%. Artists will surely be happy with their tetherized portfolio, but we can’t really say the same for the new owners.

How long will the hype last? Probably only as long as celebrities and influencers talk about them. There is surely money to be made in the interim, but the rate of profitability will drastically fall in the case that NFTs go quiet like they historically tend to do. Until then, closely monitor NFT projects and watch how they outperform everything else.