What Is Acala? The DeFi Hub of Polkadot Explained 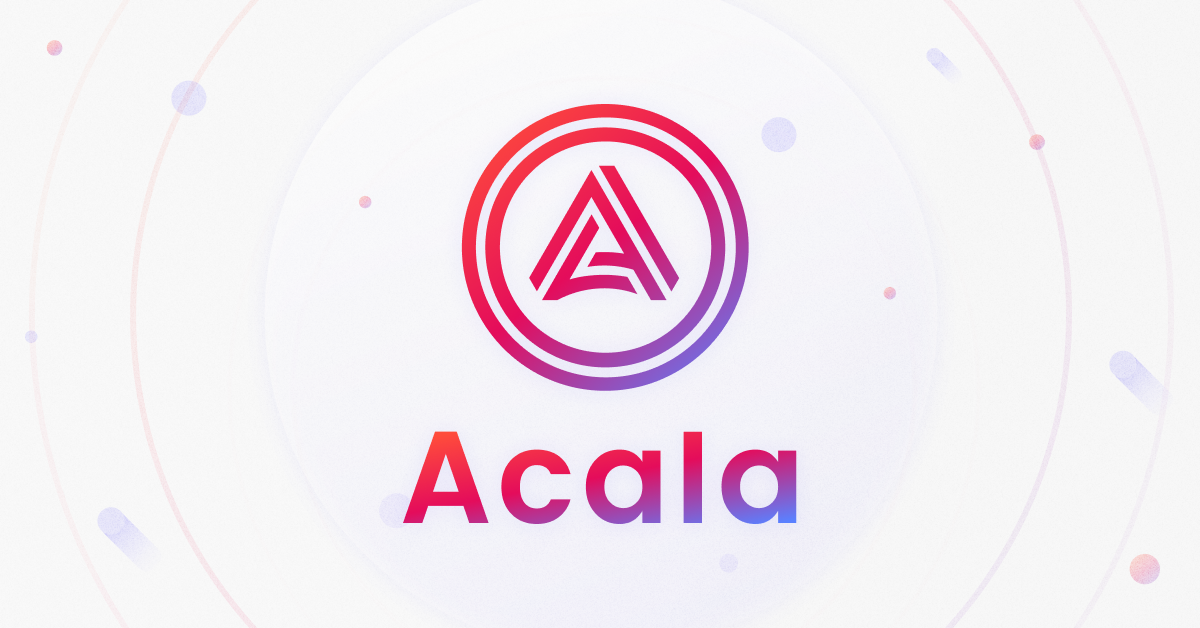 What Is Acala? The DeFi Hub of Polkadot Explained

Acala is a cross-chain decentralized finance project building a DeFi hub for the entire Polkadot ecosystem. With Acala, you can mint aUSD stablecoins using collateral from Polkadot-connected parachains and unlock the liquidity of staked DOT tokens by turning them into L-DOT.

In 2021, nothing has captivated the attention of crypto traders, investors, and venture capital funds quite like decentralized finance has. DeFi applications are primarily built on the Ethereum blockchain, but its poor scalability has led to excessive usage fees (in the form of gas) that render many DeFi functions unusable.

Enter Polkadot. Founded by Gavin Wood, a gifted developer who also co-founded Ethereum, Polkadot is an internet of blockchains offering DeFi projects a home that's scalable, secure, and inexpensive to use.

Immediately after launching on crypto exchanges, Polkadot propelled into the top ten cryptocurrency rankings by market cap. Its swift acceptance by the crypto market is due mainly to Polkadot's positioning as an Ethereum competitor better suited to hosting DeFi projects.

Acala is the most anticipated Polkadot DeFi project by miles (or kilometers, depending on where you're from). That has plenty to do with Acala billing itself as the DeFi hub of Polkadot.

This article will explain the Acala project, how the ACA token works, and why Acala might be the best DeFi project to launch in 2021.

If you look down at Acala from a bird's eye view, you'll see a sprawling DeFi platform with modular financial services within Web3. In case you're wondering, Web3 is the internet of blockchains united by the interoperable Polkadot network.

As the first decentralized finance protocol to launch when Polkadot parachain auctions begin, Acala rightfully calls itself the DeFi hub of Polkadot. However, because Acala is Ethereum-compatible out of the box, it's potentially the DeFi home base for all crypto.

Let's unpack what Acala offers below.

Right now, DeFi is stuck on specific blockchains and can't break itself free.

What happens when you want to use Solana assets as collateral for a loan on Ethereum-based Compound Protocol? Well, you can't. The same goes for any financial move you want to make between any blockchains that exist today.

There's Ethereum DeFi, Solana DeFi, Binance Smart Chain Defi, Algorand DeFi — the list goes on. Ethereum tokens are stuck on Ethereum and ditto for the tokens specific to the other blockchains.

Polkadot is different because it's an interoperable blockchain standard that any blockchain can plug into as a parachain. After porting into Polkadot, all of these once isolated blockchains can finally talk to each other and do business. That's what Web3 is, and that's what the internet of blockchains is all about.

So, where does Acala fit into this picture? It takes advantage of Polkadot's blockchain agnosticism by offering DeFi products and services you can use no matter which blockchain assets you own.

If you want to take out a loan using Acala, you can collateralize it with cryptocurrencies from different blockchains. You can also use the Acala AMM decentralized exchange to swap native assets from other blockchains without wrapping them.

A stablecoin platform for Polkadot

In the few years since stablecoins entered the crypto market, they've entirely revolutionized how crypto operates. From having an easy way to anchor trading profits to participating in DeFi on protocols like Compound, stablecoins have grown to Bitcoin-like levels of importance.

Check out the Shrimpy Guide to Stablecoins here

Since Polkadot is a cross-chain interoperability network, Acala decided to leverage that versatility to bring aUSD to the table. aUSD is Acala's algorithmic stablecoin pegged 1:1 with USD but backed entirely by crypto collateral.

Acala's stablecoin platform works via Honzon; a protocol developed in-house to mint stablecoins any time a user deposits accepted collateral. After launch, the Honzon protocol will accept DOT, ETH, and BTC as collateral, with more cryptocurrencies expected as parachains roll out.

The way aUSD stablecoins work is simple. When you deposit collateral, aUSD is minted, and you open what's called a Collateral Debt Position. In effect, the CDP is just a fancy way of saying you owe money to the protocol and will have to pay back the loan plus interest later.

When you repay your CDP, the Honzon protocol burns the corresponding amount of aUSD, thus shrinking the circulating supply to maintain the dollar peg.

The Polkadot ecosystem emphasizes bonding assets. Bonding refers to an operation similar to staking, wherein a smart contract locks your tokens for some utility and pays you interest in return.

Before DeFi came along, staked assets were few and far between. When they did exist, it was impossible to tap them for liquidity. However, with the advent of staked derivative assets like xSUSHI and protocols that accept them as loan collateral, accessing staked liquidity is becoming a thing now.

Acala takes this to a whole new level for DOT holders by offering L-DOT on the Homa protocol. Short for Liquid DOT, L-DOT is a token representing your staked DOT tokens' liquidity. You can take your L-DOT out of the Homa protocol then use them as aUSD collateral in Honzon (or any other protocol accepting them).

Accessing staked liquidity is a big deal for an ecosystem built around token staking economics. From bonding tokens for parachains to staking them for governance, DOT tokens are designed to be locked up. Acala gives investors, developers, and projects with DOT crowdloans a means for compounding their crypto capital without putting DOT tokens on the market.

Homa protocol is built for solving the illiquidity of staked DOT tokens. Despite its current status as a one-trick pony, Homa can unlock liquidity for other Polkadot-connected staked assets.

Like Uniswap, the Acala decentralized exchange uses a tried and true swap interface, allowing you to intuitively trade assets in liquidity pools. On the other side of the trade, liquidity providers earn fees for providing tokens to the pools.

If the Acala DEX sounds familiar, that's because it isn't reinventing the wheel regarding decentralized trading. However, what is new and exciting is you can natively trade between cryptocurrencies across blockchains connected to Polkadot.

Polkadot is already well-adopted. Moreover, top-tier projects are regularly signaling their intentions to join Polkadot as parachains. Given these factors, Acala DEX will likely give you a vast pool of cross-chain liquidity to trade with.

Another big difference from Ethereum-based AMM DEXes is how cheap Acala DEX is to use. Polkadot is a high-throughput blockchain that makes micro-gas fees in Acala possible. You can also pay trading fees using any cryptocurrency you want.

Perhaps, given innovations like bringing your own gas, Acala is reinventing the wheel after all.

Ethereum is the current undisputed home of DeFi. Now, if you're building a multi-chain DeFi protocol, being compatible with Ethereum is an important place to start.

Good thing the Acala team already thought about that.

As such, Ethereum compatibility is the main Acala feature out of the gate. Developers already used to writing code in Solidity get a seamless transition with the Acala EVM since it natively supports Ethereum smart contracts.

Acala's Ethereum support also means you benefit from fascinating ripple effects — namely composability. For instance, if you bring wrapped ETH into Acala via the bridge, you can pay gas for trading fees within the Acala app with your wETH.

How the ACA token works

The Acala token, or ACA, is an essential utility and governance token within the Acala network. Its three primary uses are:

Polkadot parachains are coming sooner than most people think. Gavin Wood recently outlined the few remaining steps before launch in an excellent Medium post. That means Acala and true cross-chain DeFi is inching closer to reality with each passing day.

Acala’s likelihood of introducing a seachange for decentralized finance is high, especially for users and investors already buying and staking DOT tokens. Given DOT’s ranking within the top ten cryptocurrencies overall, the number of tokens ready to migrate to and use Acala is significant.

Will Acala succeed in bridging the gap between Ethereum and other Polkadot-connected parachains? Hope for the project is high, but thankfully, Acala’s fundamentals look to be a fine match.