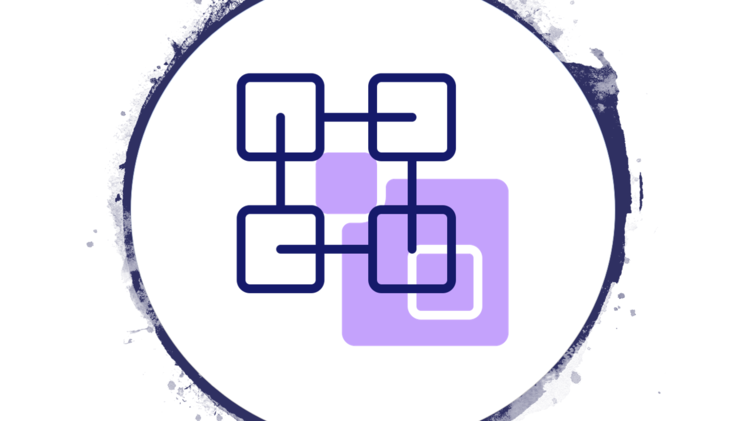 In the past decade, the world experienced a digital revolution marked by the rise of numerous technologies that are poised to tackle some of humanity's largest challenges. Since then, we’ve been on the edge of our seats, watching as next-gen innovations like artificial intelligence (AI), driverless cars, augmented reality, reusable rockets, Internet of Things (IoT) among others have begun taking over virtually every aspect of our daily lives.

Amidst the noise of "disruptive" innovations and game-changers, one particular technology has generated the most buzz in recent years: blockchain technology. Blockchain, touted by many as the future, forms the backbone of the internet of value (i.e., Web 3.0).

Have you ever tried to ask someone about blockchain technology? You probably received an answer somewhere along the lines of "Oh, isn’t that Bitcoin?"

Well, you are not alone.

Still, the fact remains: Bitcoin is just a piece of the proverbial blockchain pie. Innovations in the blockchain space are spread across countless industries. Throughout the remainder of this article, we will uncover the importance of blockchain and how this technology will continue to revolutionize our digital world.

How It All Started

Blockchain was created in 2008 by Satoshi Nakamoto, a name believed to be a pseudonym of the person or entity whose identity has remained a mystery to date. Initially, Nakamoto designed blockchain for a sole purpose: to be used as a distributed ledger for verifying and recording Bitcoin transactions.

In the same year, Satoshi Nakamoto published the Bitcoin whitepaper, “Bitcoin: A Peer-to-Peer Electronic Cash System”, and developed the first peer-to-peer digital currency, Bitcoin, barely a year later. In this regard, Bitcoin can be considered the first project to implement blockchain technology.

Since the release of Bitcoin, blockchain technology has far outgrown Bitcoin. Blockchain has been adapted to meet the needs of various industries, but the most successful application of the technology is still cryptocurrency.

Blockchain is a form of distributed ledger technology, perhaps the simplest and most popular example. DLT itself is a secure system of records using a consensus of replicated and synchronized data which is shared across multiple instances. Simply put, a distributed ledger is a database that is spread across different independent computers, known as nodes. There is no single custodian of data and no central authority. As such, all DLTs rely on nodes who participate in consensus to determine the network state.

Other forms of DLT include Hashgraph, Directed Acyclic Graph (DAG), and Holochain. While all DLTs are similar in some ways, blockchain's main idea was to record transactions into linear, time-ordered blocks. Other DLTs may leverage networks that are non-linear or ordered based on different mechanisms.

The word ‘blockchain’ is clearly formed from two words, “block” and “chain”. Funnily enough, in the earlier years of its inception, it was written as ‘block chain’ — but that’s since changed after it became popular.

For context, let’s first break down those two words individually before diving into the entire meaning of blockhain. Science shows that the cell is the unit (i.e., building block) of life; a block is, for want of a more suitable analogy, the most basic unit of a blockchain.

Each block on the blockchain references the previous block through a unique hash. This hash links all the blocks together, from the genesis block to the last-completed block. The genesis block is the first block created on any blockchain.

Now that you know what a block is, let’s dive into blockchain proper.

Blockchain as a Distributed Ledger

A blockchain is a digital, decentralized, public ledger that is distributed among nodes who jointly act as a ‘custodian of data’ for verifying and storing transactions in blocks. Since a blockchain will grow in length as more blocks are completed, it is maintained in ascending chronological order of the most recent blocks.

As mentioned above, a blockchain ‘community’ consists of a network of nodes, and each node on the network stores a copy of the blockchain. The ledger no longer exists in a central location (i.e., a server) but is rather “distributed” among nodes (i.e., peer computers) on the network. This is why blockchain is a form of DLT at its core.

Transaction data stored in verified blocks is immutable (that is, it cannot be retroactively altered). The data can be copied, but not changed. Instead of a central authority, the nodes are responsible for verifying transactions on the blockchain either collectively or by a majority, depending on the preferred consensus. This is done to ensure blocks cannot be tampered with and to preserve the integrity of block data.

Proof-of-Work (PoW) and Proof-of-Stake (PoS) represent two of the most popular consensus algorithms used on blockchain networks. Besides these two, we have Delegated Proof-of-Stake (DPoS), practical Byzantine Fault Tolerance (pBFT), Proof-of-Importance (PoI), Proof-of-Authority (PoA) among others.

Industries Most Impacted by Blockchain

Most obviously, the finance sector has benefitted the most from the groundbreaking features of blockchain. Several platforms in the fintech space have been able to successfully leverage blockchain technology to build digital finance services. This has helped reduce the unbanked population by allowing everyday users to easily make secure, borderless, and cheaper transactions from anywhere in the world.

We have real estate, insurance, healthcare, supply chain management, energy, digital identity, voting, advertising, cloud storage, entertainment, and governance as some other examples of industries most impacted by blockchain.

The Future of Blockchain

“Blockchain is the future.”

You’ve probably heard this a lot of times by now which makes you wonder how true this claim is.

Based on a recent report from CB Insights titled Blockchain Investment Trends 2019 report, annual global spending on blockchain applications has nearly tripled since 2017. This valuation is projected to reach $16 billion by 2023, according to CB Insights’ Market Sizing Tool.

Budding industries like cloud computing, insurance, gaming, gambling, IoT, even cannabis are starting to see increasing blockchain adoption. Blockchain helps these industries operate more efficiently and transparently, which has the desired effect of streamlining operations across their value chain.

A lot of people argue there’s a lot of hype around blockchain, and that’s not entirely false. Regardless, denying its massive impact and increasing importance over the past decade would nearly be a criminal thing to do.

Maybe blockchain is truly the future — or maybe it’s a bubble and won’t live up to the hype. However, one thing is sure: you’ll have to wait to find out for yourself.

Cryptocurrencies vary based on not only their design but use cases as well. The diverse market includes 4,000 cryptocurrencies with a majority of them being tokens.