But Curve Finance (CRV), a decentralized exchange for stablecoins, demonstrates something different altogether. It enables fast, efficient, and low-friction stablecoin swaps, proving that decentralized currency exchange not only works but is far better than traditional forex.

What is Curve Finance?

Like Uniswap, Curve is a decentralized exchange for trading cryptocurrency assets. The key difference between them is that on Uniswap, you can swap any ERC-20 token (as long as there’s liquidity), whereas Curve is specifically for trading stablecoins on Ethereum.

By now it should be clear that Curve is like Uniswap but for stablecoin trading. To grasp how Curve works, let’s do a quick review of what AMM protocols are — because Curve is an AMM protocol.
The Curve AMM model has four main components:

Since trading stablecoins using Curve doesn’t involve an order book or counterparties, you might be wondering where the exchange’s liquidity is coming from. It comes from users who deposit supported stablecoins into liquidity pools to become liquidity providers.

Put another way, Curve crowdsources its liquidity, uses algorithms to determine the prices of liquidity pool assets, then enables traders to trade with the pool via smart contracts.

Why Curve is better than Uniswap for trading stablecoins

Curve is consistently ranked just below Uniswap in terms of TVL (Total Value Locked). According to the all-important DeFi Pulse charts, Curve has nearly $6 billion worth of liquidity locked in, just shy of Uniswap’s $6.86 billion.

The reason Curve keeps adding TVL despite less name recognition than Uniswap is Curve’s sole focus is swapping stablecoins, a niche with little to no competition. Being purpose-built as a crypto-forex market also means Curve offers both traders and liquidity providers key advantages:

Uniswap always trades against ETH, so to accomplish as direct (and cheap) a trade as possible, you need to trade using ETH or for ETH. If you try to trade from USDT to USDC, Uniswap will turn your USDT into ETH, then trade ETH for USDC. Your swap will require two trades, making it more expensive to carry out.

Trading stablecoins on Curve is cheaper because Curve doesn’t require ETH as a base pair for trades. Stablecoin liquidity pools are brimming with supply, enabling you to trade stablecoins directly in one inexpensive swap.

If you watch DeFi Pulse when the cryptocurrency market dips, you’ll notice Curve retains TVL while other exchanges lose theirs. This has to do with the unique way Curve protects liquidity providers from impermanent loss.

Impermanent losses are LP profits lost when crypto price volatility unfavorably rebalances the pair assets. Since all liquidity pools require you to deposit a pair of assets, risk increases when one of them rises or falls faster than the other. Ideally speaking, you should maintain an even 50/50 value balanced between your pooled assets.

Curve uses stable pools to walk around the impermanent loss problem. All Curve pools are either 1:1 stablecoin pools (i.e., USDT/DAI) or 1:1 synthetic token/token pools (i.e., sETH/ETH). In keeping liquidity pool pairs restricted to assets that reflect one another in value, impermanent loss is a non-issue, making Curve a safe haven for liquidity providers like the one below.

So, is Curve better than Uniswap for trading stablecoins? The answer is yes — and it’s also a safer place to park your stablecoins, ETH, and wrapped Bitcoin for steady yield income.

Right now, Curve is the only name in crypto when it comes to stablecoin trades. Curve’s deep liquidity and efficient market maker attract frequent whale-sized trading volume (which you can follow here).

Curve’s daily trading volume is averaging just under $200 million. Every trade earns a 0.04% trading fee paid to LPs, but that’s not the only way to profit from providing liquidity to Curve.

Curve is a one-stop powerhouse for yield farming stablecoins. As a liquidity provider, you can mix and match any of the income streams mentioned above to maximize your yields.

CRV is the native utility token of the Curve protocol. It has four main use cases: governance, LP rewards, boosting yields (as veCRV), and token burns.

Curve is a decentralized exchange and is community-governed. Decisions are made onchain at gov.curve.fi by CRV holders who vote-lock their tokens to convert them into veCRV.

Liquidity pool rewards and incentives are paid in CRV to LPs based on the size of poolshare.

Not all trading fees are redirected to LPs. A small portion of fees is collected and used to buy and burn CRV, thus reducing CRV supply.

veCRV stands for vote-escrowed CRV, a fancy name for CRV that’s been locked into the Curve protocol for a defined time. veCRV is used for voting in governance, boosting rewards, earning trading fees, and receiving airdrops.

When you time-lock your CRV into veCRV, you can select as much (permanent lock) or as little (one day) time as you want. Get the most from your CRV by locking it as veCRV for as long as possible. That’s because veCRV locks decay over time. If you lock CRV for one year and receive 200 veCRV, six months later you’ll have 100 veCRV — unless you maintain the one-year lock.

In other words, the longer you lock, the more veCRV you get for your CRV. Why do you want as much veCRV as possible? Because veCRV holders earn profits from exchange fees. Today, veCRV holder APY is roughly 10%, but that number is subject to change depending on trading volume.

Curve is a fairly complex protocol, which means veCRV adoption is low but steadily increasing as yield farmers begin to understand its true potential.

If you’re looking to stake a long-term, as in permanent, claim on Curve DAO fees, Yearn developers have built just the vault for you. Called the Backscratcher Vault, this vault allows you to permanently deposit your veCRV (and thus your CRV) for a lifelong claim on Curve’s yearly fee earnings. No, you won’t ever get your CRV back, but if Curve continues its upward trajectory, that shouldn’t be a problem.

Cheap, low-slippage stablecoin trades gravitate people toward Curve, but the reason to stay is something else altogether. Simply put, no other DeFi protocol is so deeply enmeshed with the entire DeFi ecosystem as is Curve.

Ethereum-based DeFi apps and protocols able to natively plug and play with each other are called money legos. Like legos, Curve and other DeFi protocols connect to build financial structures that embody the saying the whole is greater than the sum of its parts.

For instance, Yearn offers high-APY stablecoin vaults that deposit tokens into CRV pools as part of their automated farming strategy. To increase returns to vault holders, Yearn buys CRV and automatically escrow-locks it into veCRV for the maximum of four years to gain an APY boost.

As time goes on, CRV tokenomics increasingly appear to have been created by a stroke of genius. A nexus of incentives and rewards around stablecoin pool yields turn billion-dollar protocols like Synthetix into CRV holders, along with retail farmers simply looking for the best yields for stablecoin deposits.

Polygon Hard Fork Is Live: How to Fix Gas Spikes 101

The new Polygon hard fork is now live after being voted for by only 13 validators. Developers expect the upgrade to fix gas spikes and reduce reorgs. 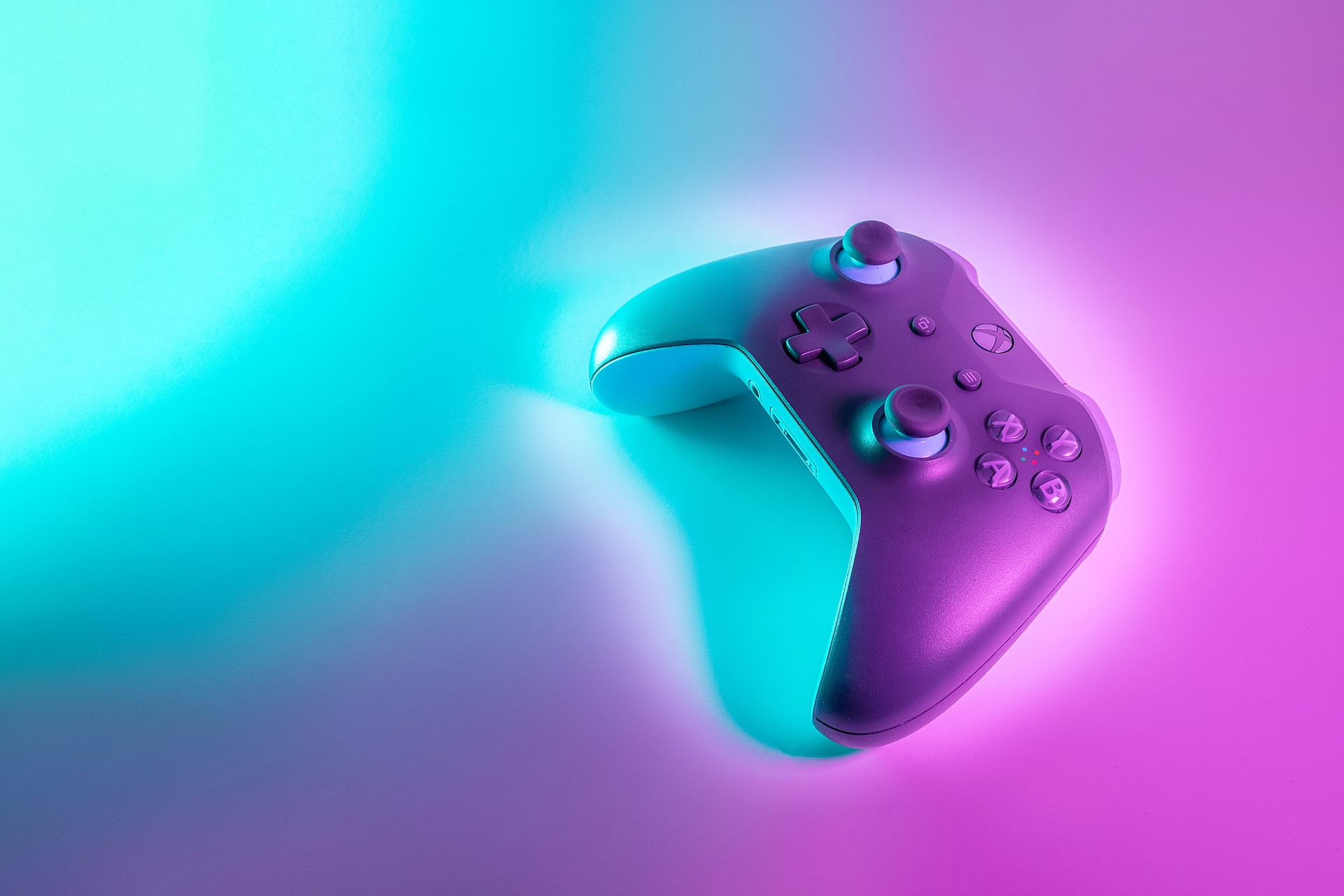 The P2E genre offers a fun and relaxing way of earning money online. Explore the top 5 best play-to-earn crypto games with NFTs in 2023. 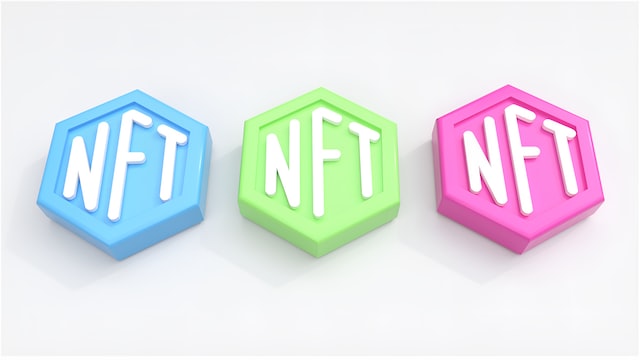 Want to sell your NFT for the best price possible? Then learn how to calculate NFT rarity! Here are the top 7 NFT rarity tools in 2023.