What Is Rocket Pool? 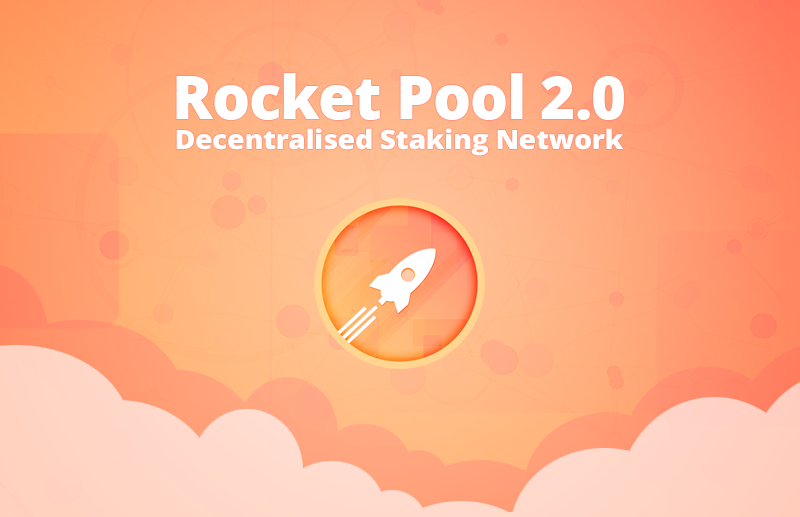 What Is Rocket Pool?

Rocket Pool is undoubtedly the most popular name in the arena of Ethereum 2.0 staking pools, but how does it work and is it secure enough for beginners?

Ethereum 2.0 is here, and everyone is now interested in making profits from their existing crypto assets by staking. But staking Ether is not as simple as depositing cryptocurrencies and sitting back to watch your profits go up - at least not without 3rd-party solutions.

With Rocket Pool, everyone can support the new Ethereum network without having to set up and monitor a node. Not only does this help with onboarding new users to Ethereum 2.0, but it also gives less technically-minded users a chance at staking.

Staking is not for everyone, especially considering that Ethereum’s slashing mechanism makes it easy to lose money for behaving maliciously, even if it’s not intentional. As a result, staking pools are the only real alternative, and the best platform seems to be Rocket Pool.

What is Rocket Pool?

Rocket Pool is a network of decentralized nodes that perform validation services for the Ethereum 2.0 blockchain. Its purpose is to provide users who do not possess the required minimum of ETH tokens to stake, as well as those who do not have the technical skills needed to run a node.

Rather than depositing the minimum amount of 32 ETH, investors can stake with only 16 ETH. Moreover, the entire process is automated by Rocket Pool, and all validators are managed by the platform, without the need for any interaction from the user.

However, Ethereum investors who wish to stake are still stuck with the long-term commitment of locking up tokens, even if they use Rocket Pool. Once staked, all assets are locked until Phase 2 of Ethereum’s Proof-of-Stake rollout.

Although RP can’t override this lockup, it does a fairly good job at balancing the risk with the help of tokenized staking.

Every time a user stakes 16 or 32 ETH, he receives the rETH token in return which represents two main things: your stake and your yield. While the assets are locked up, stakers can use rETH just as any other ERC-20 tokens, such as selling it, using it on DeFi platforms, or securing it in cold storage.

As previously mentioned, Rocket Pool works on the basis of running nodes that verify transactions for the Ethereum 2.0 network. ETH investors can begin staking via Rocket Pool by depositing ETH and becoming a node operator. If only 16 ETH are staked, the deposit is matched up with another user’s deposited ETH.

The node performs all standard tasks and duties of a standard Ethereum node. In return, it earns a flexible APY, which is assigned to the user-deposited ETH as a commission.

The exact commission earned by the user is determined by the supply and demand dynamics of Ethereum 2.0. Node demand is extremely high when there is a large pool of deposited ETH and a limited capacity in available minipools. Otherwise, the demand is low if there is a lot of capacity but not enough ETH.

Both the node demand and commission rate are calculated at the time that the user stakes and creates a minipool. Before depositing, the user can input the minimum commission rate he is willing to accept for the created minipool.

Aside from the standard nodes, Rocket Pool also hosts so-called watchtower nodes, which are held by RP itself and their trusted partners. These nodes have the mission of reporting the Beacon Chain’s state back to the Ethereum PoW network. To do so, a majority of these nodes must reach a consensus in order for the reported data to take effect.

Their first task is to report the total value of Rocket Pool’s network to RP smart contracts at fixed intervals, which helps with updating the rETH/ETH exchange rate in correspondence to the earned rewards.

Their second task is to report once validators are ready to withdraw their assets. Rocket Pool updates the minipool in question, and the network mints the validator’s share of nETH tokens which is equal to his final minipool balance.

The validator will have to wait a certain time before he is finally able to withdraw his newly gained tokens and exchange them for ETH. According to the Rocket Pool team, stakers will also be able to burn the tokens for ETH via the nETH smart contract once Phase 2 of ETH2 is launched.

RPL is an ERC-20 token, representing the protocol’s primary cryptocurrency. It can be staked on Rocket Pool nodes by users who wish to increase the project’s security. However, it is not a prerequisite for running a node.

Rocket Pool users who stake RPL in combination with at least one minipool validator receive an extra commission in return, based on the size of their security deposit. But if the user fails to follow up with his node duties and ends up with less than 32 ETH as a result of slashing, his RPL deposit will be burned in proportion to the suffered ETH losses.

RPL has a fixed supply of 18 million tokens, out of which 16 million are already circulating the market. At the time of writing, the asset’s market cap stands at $283 million at a price of $15.65 per token.

Obviously, the cryptocurrency has speculative value behind it as well, since investors wager on the project’s success as a dominant ETH2 staking platform in the future. In 2020, RPL rose from $0.4 to $2.81. Its valuation quickly surged in 2021, where it reached an ATH of $17.45.

We already concluded that using 3rd-party platforms like Rocket Pool is far better for beginners than setting up a node on your own. Not only will you have no worries about having your staked assets slashed, but you will also not have to spend time monitoring your node.

But how secure are staking platforms like Rocket Pool? Can you still lose ETH, and if so, how? Moreover, can you even trust the team behind it?

First and foremost, Rocket Pool’s smart contracts are completely open-source and ready to be analyzed by anyone. All of them are completely audited by reputable blockchain security firms before deployment, which adds an additional layer of security. To fight against exploits, the team also financially incentivizes its users to report them through a bug bounty program.

Since the project is fully decentralized, it is impossible for anyone to transfer your assets or control them in a way that is not designed by the smart contract. All deposits are allocated to node operators who use them to validate transactions - and even they have skin in the game since they are required to stake ETH as well.

As a matter of fact, node operators must stake the same number of ETH tokens that are assigned to them. If they do not diligently perform their Proof of Stake duties, they are punished by the network and lose their assets.

Another layer of security comes from Rocket Pool’s socialized risk management. All losses from ETH slashing are absorbed by the entire network. Traditionally, a user who has unintentionally behaved maliciously would lose his asset alone. In this system, the losses are distributed to the entire community in order to ensure the original user’s continuity.

Ethereum is going through a revival this year as institutions have finished accumulating Bitcoin and finally turned their attention to the blockchain industry’s best smart contract ecosystem. Grayscale and other companies purchase ETH en-masse, and while that may be done for speculative purposes, we are sure that some holders might decide to improve their portfolio by staking. After all, is there a single bank in the world that outmatches ETH’s 5% APY?

For those with no technical skills with computers and blockchain technology, staking pools are the only real alternative. Fortunately enough, solutions like Rocket Pool make it possible to easily support the Ethereum 2.0 network just by depositing assets and leaving them to a node operator. The best thing about it? You don’t even need to own 32 ETH; 16 ETH is just enough to participate in a minipool!