What Is Value DeFi? 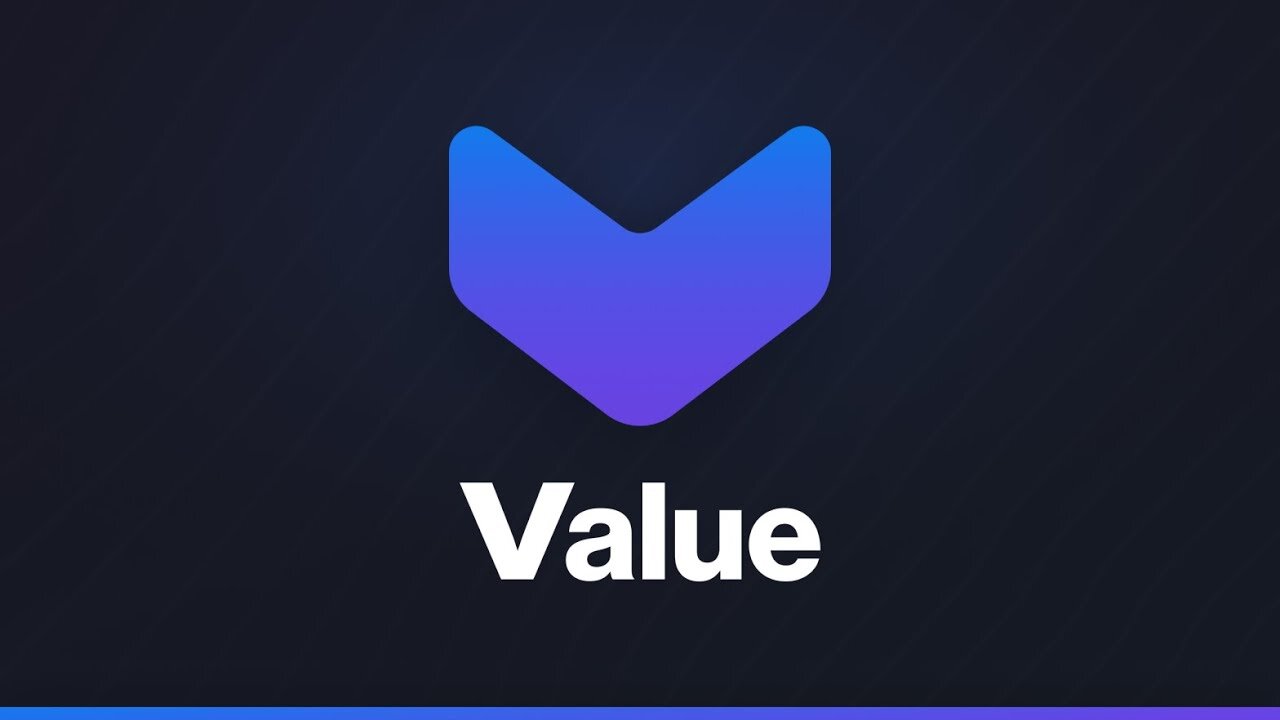 What Is Value DeFi?

Yield farming is the hottest product in decentralized finance, and as such, many developers have created their own projects in an effort to compete with titans such as Uniswap, Yearn Finance, and dYdX.

Since DeFi’s original debut and boom in early 2020, many yield farming platforms have joined the market. While many are now lost to time, some are still with us to this day. There were many success stories, but there is an equal amount of failures as well.

Value DeFi is a prime example of how developers can survive in the blockchain industry even if they face several challenges and hardships throughout the production process. Despite the fact that it is not yet a serious competitor, it is still worth observing the project’s growth over the past year and its potential future.

A short introduction to Value DeFi

Before rebranding, the DeFi space knew Value DeFi as YFValue (YFV). The project was inspired by the Yearn Finance protocol, a platform designed exclusively to cater to yield farmers.

YFValue launched in August 2020 as a DeFi yield aggregator that focuses on bringing a decentralized experience to truly everyone, including smaller and bigger investors. The goal was to completely transfer the project’s ownership and decision-making process to the community, backed by YFV as its governance token.

By October, the developer team decided to rebrand to Value DeFi in an effort to distance itself from its yearn-like theme. It is also worth noting that the platform suffered a hack a couple of months earlier, which is probably one of the major reasons why the rebranding has occurred.

What is Value DeFi?

Value DeFi is a compilation of products and services for the decentralized finance sector that brings innovation and fairness to the community. This project’s main goals are to increase accessibility to yield farming, provide on-chain governance voting, reward stakeholders with flexible yield strategies, and protect user funds through insurance treasuries.

In terms of accessibility, Value is designed with users in mind by offering an intuitive UI. The tokenomics of the VALUE governance token also intend to form a long-term emission schedule in order to reach new users more easily.

Value’s innovative governance model makes it possible for VALUE holders to vote at no cost in a way that can be publicly verified by other token holders. The model also incentivizes investors to hold VALUE by rewarding them with vETH and vUSD tokens, which can be used to cover gas costs.

Profitability-wise, the project works on launching flexible and optimized vault strategies that can support small market cap cryptocurrencies. The strategies are developed by the Value team itself. Moreover, it is worth noting that the project’s aggregator ensures the best prices for trading VALUE and that the fees generated by the aggregator are sent out to all token holders.

Last but not least, Value DeFi is committed to upholding its reputation by hosting an insurance treasury that is supported by contributions from the team as well as community funds. The fund helps with mitigating risks and reimbursing users in the case of a smart contract exploit.

The Value DeFi suite contains five unique products and services which we will individually explain in the following sections.

vSwap is an automated market maker product created by Value DeFi that utilizes smart routing to provide the best rates possible for token swaps. Traders can swap tokens while experiencing low slippage rates and minimal price impact no matter what size they are trading.

Since Value is a DeFi aggregator, it will borrow funds from other decentralized exchanges to cover trades on token pools with low liquidity. According to the team, the project borrows liquidity from DEXs such as Uniswap, SushiSwap, and PancakeSwap.

vPegSwap is a product made for swapping stablecoins in the most efficient way possible.

Standard AMM models, like the one used by Uniswap, negatively affect pegged assets like stablecoins. When trading them with large sizes, users deal with considerably higher slippage rates compared to other asset classes.

To combat the issue, the developer team created a Solidity implementation of Curve’s StableSwap tool to facilitate stablecoin trades with minimal slippage. vPegSwap is built on top of the Binance Smart Chain (BSC) ecosystem due to the fact that it charges significantly lower fees and is more advantageous for stablecoins.

The Value DeFi team claims that price slippage is 100 times lower on vPegSwap compared to other decentralized exchanges. When swapping 10,000 USDC for BUSD, the results were that the user received only $4 less than what he should have ended up with.

Farms-as-a-Service (FaaS) is a product designed for developer teams that helps new projects with jump-starting their token’s liquidity without any upfront costs. Token creators are free to create liquidity pools on the Value DeFi exchange on which investors can stake the token and offer it as liquidity to the market.

When creating a pool, vFarm creators can customize important settings such as the trading pair, fees, and token ratio.

vFarms are deemed to be safer than standard liquidity pools as there is no way for pool creators to rugpull and steal the liquidity provided by users. Moreover, the project’s community is incentivized to analyze new pools and determine whether they are safe or not. vFarms can be verified by both the team and the community, which adds one more layer of security to yield farming.

vSafe is Value DeFi’s version of a so-called ‘vault,’ a yield aggregator service that hunts the best yield rates and compounds its profits to earn more crypto and rewards participants with higher returns.

Rather than yield farming in regular LPs, users can lock their assets in a vSafe, which will combine multiple strategies to reach maximum levels of profitability. Simply put, these safes find a farming opportunity, deposit your assets in the chosen LP, use LP tokens to earn more rewards in order pools, and reinvests the rewards to earn more money.

vGovernance is part of the project’s governance model that enables VALUE holders to earn double the rewards by farming in a governance vault.

The governance vault uses multiple streams of income gained within the Value ecosystem to reward its stakers. For example, stakers receive 35% of the swap fees from vSwap and 14% of the profit gained by vSafe.

By staking in the governance vault, VALUE holders also gain the ability to exercise their voting power. The community chooses which pools are added, how rewards are distributed, and how profits are shared within the community.

After depositing assets to vGovernance, users gain gvVALUE in return -  a compounding interest token. The project redistributes a portion of the VALUE profits to the vault and while the number of VALUE tokens increases, the number of gvVALUE tokens remains the same.

The project’s tokenomics is made out of four major tokens: VALUE, gvVALUE, vBOND, and vTokens.

As previously described, VALUE is a governance token that can be staked at the vGovernance vault to gain access to voting and earning rewards. Holders who stake can vote on strategies, token emission schedules, profit shares, and other important parameters. The token also offers speculative value, as it is tied to Value DeFi’s performance on the market.

gvVALUE is a token gained as a reward for staking VALUE in the governance vault. It auto-compounds a portion of the fees gained by the project and it can also be used to vote on governance-related issues. Moreover, holders can transfer gvVALUE tokens over to the Binance Smart Chain to enjoy even more benefits and earn more money.

vBOND is a compensation token distributed to users who were affected by the November 14th smart contract exploit. These tokens auto-accrue 10% APY at a rebasing factor of 0.183% gained on a weekly basis. To financially support the compensation fund, Value uses 15% of swap fees and 6% of vault fees.

vTokens function both as synthetic and wrapped tokens. They provide users with the ability to exchange BTC and DOT tokens with other ERC-20 tokens without having to execute the trade on a centralized platform. In the future, vTokens will become a part of Value DeFi’s lending protocol which accepts vTokens as a new class of seigniorage tokens.

Value DeFi is a protocol for the decentralized finance market that persists with launching innovative features designed to make DeFi easier for the average consumer despite facing multiple hardships with security in the past.

Although it has been exploited on more than a couple of occasions, the developer team has not paused or left the project. Considering how common it is for smart contract developers to take advantage of their anonymity and misuse their positions, seeing the team’s vigor is at least enough of a motivation to keep track of the project’s future.

After joining the Binance Smart Chain ecosystem and having their token listed on Binance, the team has shown its commitment to building a great product. Considering the vast range of services and tools that Value DeFi offers, it is not surprising that the community stuck with the project after all this time.

Despite being early to the yield farming game, Value DeFi still has to entrench itself into the market and become a serious contender. No marketing efforts can improve the project’s reputation, and it will take even more time to cement Value as a reliable yield farming aggregator through pure development alone.