Is Ethereum a Good Investment? Pros and Cons Explained 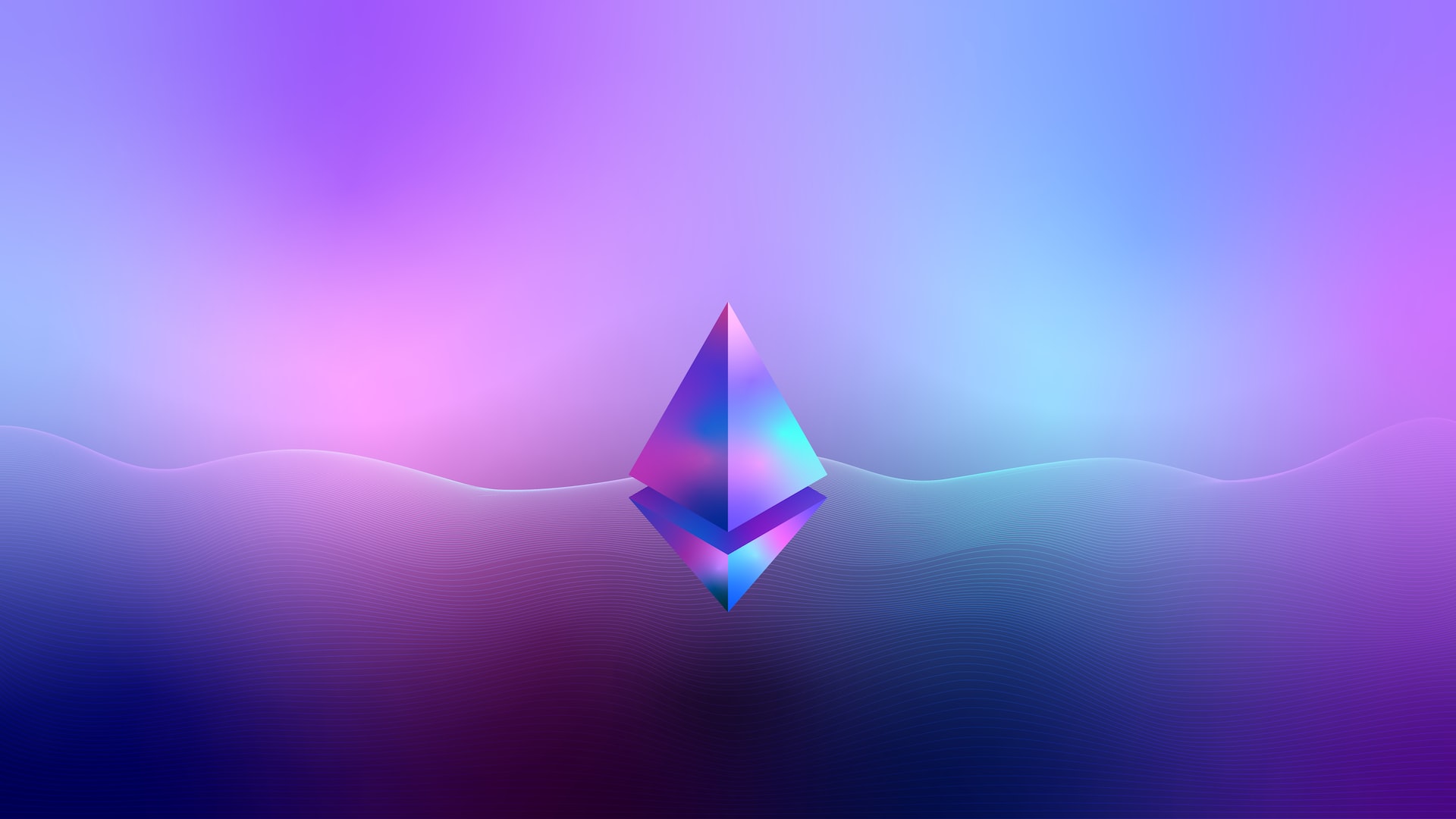 Is Ethereum a Good Investment? Pros and Cons Explained

Ethereum is the second-largest cryptocurrency and home to the world’s largest smart contract ecosystem and dApp market. The project has seen massive changes over the past few years, the most notable one being a transition to Proof of Stake and the introduction of fee burns.

Staking has changed a lot for Ethereum. Investors now see it not only as a speculative asset but also as a commodity and yield-producing asset. In this article, I will walk you through Ethereum and its native Ether (ETH) currency. I will also talk about the advantages and disadvantages of investing in Ethereum.

Ethereum is a smart contract ecosystem that powers a vast market for decentralized applications (dApps). Smart contracts enable anyone to create an immutable, autonomous, and public digital contract that executes programmed actions once certain requirements are met.

These dApps allow cryptocurrency investors to utilize their assets and manage them in the same way a fiat-user would within a banking system. For example, you might want to place your crypto assets inside a savings account, but don’t want to interact with a bank. What do you do? You interact with a decentralized protocol that provides annual interest in return for deposits.

DApps are what power crypto and make it much more than just funny internet money. Aided by smart contracts, dApps on Ethereum grant crypto numerous use cases and venues for utility. Consider it as a financial ecosystem built on top of blockchain technology.

Ethereum is not only the network that powers this ecosystem, but also its currency. Crypto holders must own Ether (ETH) to use dApps and pay for transaction fees (gas fees). Holders can also secure the network and receive yields in return for depositing 32 ETH for a certain time – a process called staking.

Staking protects the Ethereum network by preventing malicious actors from gaining too much power. In the case of a Proof of Stake network, power is decided by the number of tokens you own compared to the rest of the network. More tokens grant you more voting more, and therefore, the ability to influence the network on your own.

From the perspective of you, the holder, staking is a neat way to earn passive income on top of your existing investment. You earn an annual yield between 3% to 5% on top of the value gained through sheer speculative investing. However, this Ethereum has to be locked inside a smart contract for an extended period of time – like a year – preventing you from selling.

5 Advantages of Investing in Ethereum

In this section I’ll walk you through 5 crucial reasons for why you might want to invest in Ethereum. I’ll cover topics such as Ethereum’s dApp ecosystem, its ability to generate yield, its improved tokenomics, and other important topics.

Holding Ethereum grants you access to a diverse dApp ecosystem worth more than $300 billion. The ecosystem unlocks DeFi within all its glory, allowing you to use DEXs, lending protocols, yield farming platforms, insurance protocols, yield aggregators, NFT marketplaces, and more.

Ethereum has the largest dApp ecosystem in the entire crypto space. It is the most important blockchain network after Bitcoin. Millions of cryptocurrency investors worldwide use Ethereum to create more value on top of their existing digital assets.

Some say that Ethereum’s sheer utility might allow it to flip Bitcoin in terms of market cap and make it the largest cryptocurrency. This isn’t far from possible considering that most alt coins are in fact based on Ethereum and provide a lot of activity and value to the network.

Ethereum has recently gone through a massive transformation. Vitalik Buterin and the team have finalized the project’s transition from a Proof of Work to a Proof of Stake network. The project also saw the introduction of a gas burn fee, which has significantly reduced the number of newly minted tokens.

Staking removes miners from the equation and introduces validators. Validators are individuals who run a node and stake 32 ETH. They contribute to the network’s security and play a part in confirming transactions. In return, they receive yields from staking Ether.

Both staking and the gas burn fee (read EIP-1559) counteract Ethereum’s inflationary supply. Staking reduces the number of tokens circulating the markets while the burn fee reduces daily token emissions. The two factors have a major positive effect on Ethereum’s tokenomics and its overall future.

Learn more about The Merge here

Ethereum is much more than a currency now that staking is here. Previously, Ethereum only had speculative value gained from network effects, network size, and utility. But the token itself was merely a currency you could use to interact with dApps or send a transaction to someone.

Staking transforms Ether into a yield-generating asset. You are rewarded for protecting the blockchain by receiving annual yields at a rate of up to 5%. This means that you not only gain value from the token’s price increase, but also from the yield gain.

Some within the crypto market even go as far as to call Ethereum a commodity. You invest in a network, which could be compared to a blockchain version of a highway, that supports a dApp ecosystem worth billions of dollars.

Ethereum is the world’s first blockchain network that supports smart contact. This fact gives Ethereum the first-mover advantage in the crypto market. Many projects have branded themselves in the past as ‘Ethereum killers,’ yet none have actually owned up to their title.

Moreover, it’s important to note that Ethereum has some of the most long-standing dApps in the market. New chains launch, then they crash and burn along with the hype – the same goes for their dApps. Meanwhile, Ethereum’s dApps (Uniswap, Curve, Yearn Finance) are still here and keep up with demand despite launching years ago.

Ethereum is the second most liquid cryptocurrency. You can invest in Ether without fearing high slippage rate or not finding a buyer. You can even trade it with size while lacking the same fears. And the amazing liquidity also comes with a fair share of high volatility.

A volatile asset is one that makes large moves in prices, constantly moving up and down. As an altcoin and dApp hub, Ethereum has seen its fair share of volatility over the years. Some investors pick Ethereum over Bitcoin because it offers higher returns. But beware, volatility exists both on the upside and the downside.

More important than anything, liquidity is a healthy sign. Liquidity indicates that there’s actual demand behind a cryptocurrency and that investors are happy to continue buying and selling it. You won’t find any long-term value inside an illiquid asset.

Disadvantages of Investing in Ethereum

Truth be told, investing in Ethereum comes with its fair share of disadvantages. The first notable disadvantage is its inability to scale. The blockchain network works nicely during calm periods, but whenever a bull market kicks in and millions of new investors join crypto, Ethereum simply can’t keep up.

Ethereum’s inability to scale comes with two major problems: long transaction times and high fees. Both are a nightmare for everyone willing to escape the world of legacy finance and its banking system. How are you supposed to use a blockchain when it costs hundreds of dollars to send a single transaction? One which you’ll have to wait hours to confirm.

Scalability is a problem that’s being actively worked on by Ethereum’s core developers. The implementation of sharding will supposedly fix all of the project’s problems. However, we are still a year away from seeing sharding integrated into Ethereum.

The other problem is Ethereum’s code. Programmers who dabble with Java, C, and Python can’t simply waltz into Ethereum and develop a dApp. They have to learn an entirely new coding language called Solidity from scratch. This decreases the speed at which new developers join Ethereum and build dApps that users want – making Ethereum a rather exclusive club.

Another problem that’s close to being solved is Ethereum’s supply. Unlike Bitcoin, Ethereum has no maximum token supply. The network can mint as many tokens as it wants. This is not exactly healthy because it destroys the idea of scarcity that cryptocurrency investors like to boast about.

However, the supply problem is being solved thanks to the gas burn fee that I’ve mentioned earlier. It significantly reduces the number of tokens minted every day and should, hopefully, at one point make Ethereum a deflationary asset.

Ethereum is a highly important cryptocurrency. It represents the market’s largest altcoin and most important dApp ecosystem. More than $30 billion worth of crypto assets are being locked into the Ethereum ecosystem as collateral as of October 2022 – where they’re used for staking, yield farming, lending, and token swapping.

The project dominates crypto markets both in price and market cap through its vast smart contract hub. Its first-mover advantage allows it to stay on top of the dApp game despite the fact that numerous new blockchains have launched over the past few years.

There are many reasons to invest in Ethereum. Holding Ether grants you access to its dApp ecosystem and grants you annual yield via staking. However, you might be pushed away by Ethereum's high gas fees, and sometimes, long transaction times.

Want to learn more about Ethereum? I recommend reading the following articles: