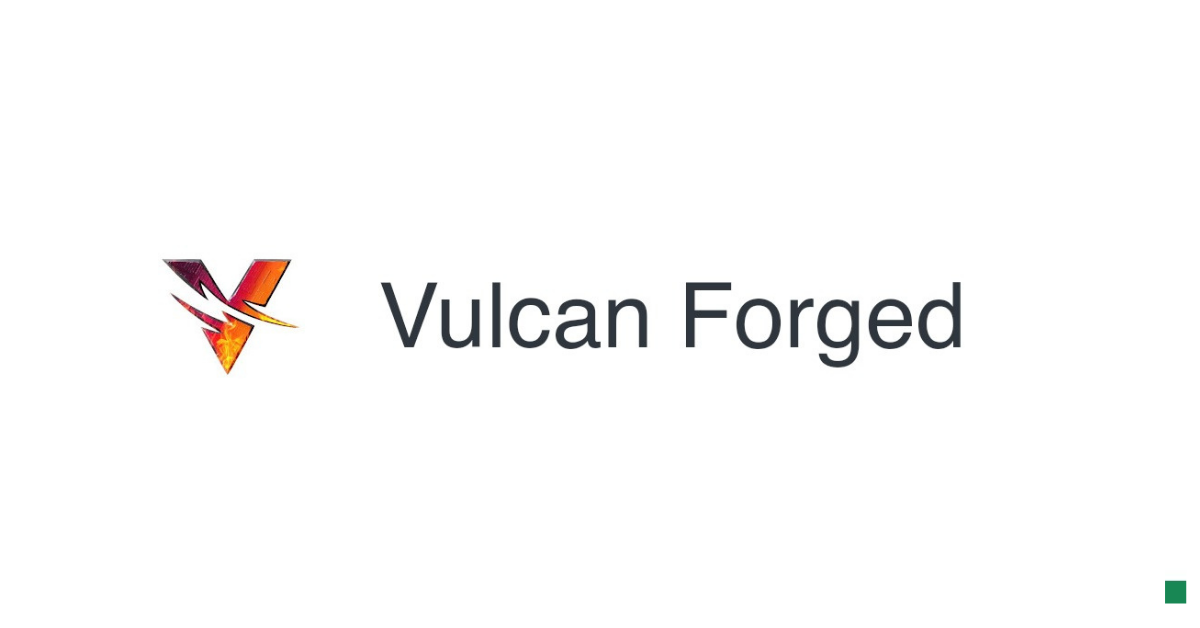 Blockchain gaming is again on the rise thanks to crypto’s latest reward system: Play-to-Earn (P2E). Projects such as Axie Infinity have paved the way for users to earn crypto while playing games by combining NFTs, metaverses, and lore. It almost seemed as if the innovation in this sector had peaked. But knowing how revolutionary crypto tends to be, that’s an unlikely truth.

Enter Vulcan Forged, a blockchain gaming ecosystem built by gamers for gamers. Despite being live for a little over a year, the project has only recently attracted the market’s attention after successfully launching features that change the way gamers and developers alike make a living from gaming.

In this guide to Vulcan Forged, we show you what makes this project such an innovative force in blockchain gaming and how it rewards users who play games and engage with the ecosystem.

What Is Vulcan Forged (PYR)?

Vulcan Forged is a community-based blockchain gaming hub built on Ethereum that develops its own games, offers support to 3rd-party game developers, incubates dApps, and procures NFT trading for its native ecosystem.

The project features a library of eight P2E video games, some of which the Vulcan Forged team developed Each game enables players to buy, earn, or sell in-game assets as NFTs and earn money.

For the purpose of this article, we will use Vulcan Verse as an example of how Vulcan Forged works and how the two utility tokens PYR and LAVA form the foundation of its economy.

Vulcan Verse is the project’s flagship product. It is a fantasy massively-multiplayer online role-playing game (MMORPG) where players can buy and own land parcels portions of the map are available as land parcels available in the form of non-fungible tokens. Players can level up this virtual land unlock new features and better tools, obtain pet collectibles called Vulcanites, or even earn passive income through staking.

The P2E model of Vulcan Verse mainly revolves around staking and improving land by spending PYR and LAVA.

To unlock staking, users have to ‘sow’ their land, which boils down to paying a one-time fee that makes it possible to upgrade a plot of land to the next level. Once players improve their land to level two, they can stake their tokens.

Players can level up a plot of land seven times. Each level corresponds to the amount of staking rewards one can earn. By improving the plot of land to level seven, users maximize their PYR rewards. In the image below, you can see the minimum staking requirements when sowing and staking with LAVA and PYR tokens.

Vulcanites play another important part in Vulcan Verse’s gameplay. These pet companions follow the player throughout the map and assist them in four key areas:

Other NFT collections inside Vulcan Verse, such as Gods, grant players passive abilities that improve stats such as speed and attack. Other in-game items also add utility by granting players spells that temporarily activate special abilities.

Each gameplay aspect in Vulcan Verse has a unique use case, which is directly tied to PYR and LAVA tokens. This creates a system that rewards players with tokens at every step of the way. Fighting another player, traversing the map, befriending a user, completing a quest, foraging for items, and even taking screenshots of one’s land grants rewards.

Even grinding the game or investing LAVA into upgrading items goes a long way as all NFTs in Vulcan Verse retain their new traits, which in return translate to a higher valuation on the market. No matter what players do, the game rewards them for remaining engaged.

PYR is the primary utility token of Vulcan Forged. It is an ERC-20 token that powers the project’s entire dApp ecosystem which players can use across all games. Examples of PYR’s uses include:

PYR is available on both the Ethereum and Polygon mainnet. Although the project initially launched on Ethereum, most of the features offered by Vulcan Forged utilize the Polygon version.

For example, the NFT marketplace exclusively executes transactions denominated in PYR/MATIC. Therefore, users should exercise caution when buying or selling NFTs or trading tokens, as using the wrong token version results in irreversible loss. Note that converting PYR from one token version to another is done using Polygon’s bridging service.

The team has significantly lowered gas fees by porting PYR over to Polygon, which is a layer 2 scaling solution. As a result, the platform seamlessly executes high-speed transactions without incurring high costs.

PYR is generally used for buying and selling NFTs at the Vulcan Forged marketplace. The marketplace distributes fees earned from all transactions to a reward pool from which staking participants can claim rewards.

LAVA is the secondary utility token powering Vulcan Forged. It is a part of the project’s reward system that awards tokens to players who actively play games and engage with other users. In fact, all gameplay aspects of Vulcan Verse or any other game distribute LAVA for completing certain tasks.

Players also earn LAVA by holding PYR tokens as part of the LAVA Appreciation Program. Note that users who hold PYR inside their Vulcan Forged marketplace wallet are the only ones eligible to participate in the appreciation program.

What do users specifically gain from owning LAVA tokens?

Players can spend LAVA on a variety of things, some of which include:

Those who are not interested in spending LAVA on gameplay aspects can also sell their tokens on VulcanDEX. At the time of writing, LAVA is exchangeable with USDC and PYR.

All actions at the Vulcan Forged dApp ecosystem (staking, storing and trading NFTs, upgrading land, and others) require users to store their PYR and LAVA tokens at MyForge.

MyForge is an online account tied to an email and secret pin that enforces no KYC (Know Your Customer) measures. It allows users to view their wallets and respective addresses, access the marketplace, monitor their activity, manage in-game items, and stake assets.

We recommend watching the following video to learn more about creating a MyForge account.

Vulcan Forged is a unique blockchain gaming hub that slowly, but surely evolved into something much greater than a simple P2E game library and NFT marketplace. Its developer team tackles many of today’s grand challenges in the blockchain gaming industry.

For example, their initiative to launch a $2 million incubator program is driving more 3rd-party developers to the blockchain industry. Migrating developers from the traditional gaming market has the potential to transform the P2E sector into a professional one filled with video games that reach the quality of modern AAA titles.

What’s also commendable is the fact that the Vulcan Forged team is keen on providing all kinds of crypto services on its own turf. Hosting a decentralized exchange, NFT marketplace, and even a wallet of their own enables users to enjoy the P2E experience without ever having to leave the platform.

Taking everything into consideration, Vulcan Forge is and will continue to be a prominent force in the P2E sector. After all, the PYR token’s market capitalization has more than tripled in the past two months.

To learn more about Vulcan Forged we recommend exploring the following links:

‍
If you want to start playing Vulcan Verse make sure to create a MyForge account so that you can set up a wallet, access the NFT marketplace to purchase land, and start playing.

Why NFTs Are The Key to The Metaverse

NFTs are crucial for the future of the Metaverse. Find out how tokenization and blockchains bring decentralization to new virtual worlds.

Will you stake, lend, or yield farm to build your wealth? Discover 5 ways to earn passive income with crypto.

DeFi Kingdoms is Harmony's number one play-to-earn (P2E) game. Find out how to earn JEWEL by completing quests and farming liquidity pools.