What Are CryptoPunks? Explaining the NFT That Started It All 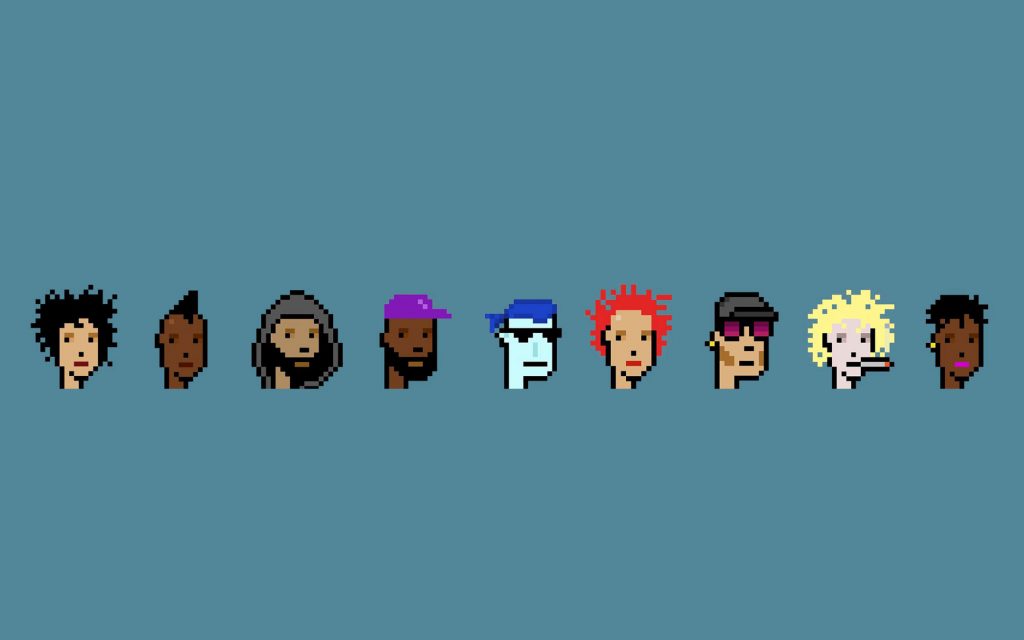 What Are CryptoPunks? Explaining the NFT That Started It All

At first, NFTs (short for Non-Fungible Token) were only popular with long-time crypto traders. It wasn’t until early 2021 that the NFT craze went global in a collective aha! moment.

CryptoPunks are the NFTs that started it all — which is a big reason they’re commanding hefty secondary market prices now. Recent CryptoPunk sales have topped 4,000 ETH (~$7.8M) as buyers scramble to acquire punks with rare attributes.

In August, none other than Visa bought a CryptoPunk for their permanent art collection. A retail buying frenzy immediately followed the announcement and pushed CryptoPunk trading volume to all-time highs.

CryptoPunks are super expensive — but what are they? There’s so much more to a punk than meets the eye. This CryptoPunk guide explains their history, what they are, and ways you can buy a CryptoPunk without spending a fortune.

What are CryptoPunks NFTs?

CryptoPunks are a set of 10,000 digital collectible characters living on the Ethereum blockchain. As one of the first NFT projects, CryptoPunks forged the way for subsequent NFT projects, like Bored Apes Yacht Club and Art Blocks.

Remember, an NFT is a Non-Fungible Token. NFTs are unique blockchain-based digital assets with provable ownership. To make that point super clear, let’s turn to a quick example.

If I have 1 BTC and you have 1 BTC, we can trade them because they’re essentially the same thing (fungibility). There’s nothing unique about a Bitcoin, so they are all perfectly interchangeable.

Alright, let’s delve into a bit of CryptoPunk history.

CryptoPunks were created by Matt Hall and John Watkinson, founders of Larva Labs, in 2017. The project started as a way to use the Ethereum blockchain for creating digital collectibles with provable ownership. Before NFTs, it was tough to prove ownership of any digital object, especially digital art.

Each pixelated CryptoPunk has a unique set of attributes differentiating it from others. All the attributes, such as hats, hair color, pipes, and masks were randomly assigned by a generator.

That’s why punks with rare attributes, like aliens, fetch higher prices than those with more common attributes like mohawk thin. For reference, 441 CryptoPunks feature mohawk thin hairstyles, whereas only 175 wear medical masks.

This is an excellent place to stop and back up. So far, you know that CryptoPunks are digital collectibles with different rare attributes, but that doesn’t explain why owning a CryptoPunk is made special because of blockchain technology.

CryptoPunk Proof of Ownership on Ethereum

The big deal about NFTs like CryptoPunks is you can prove they’re yours using the Ethereum blockchain. The way this works is using a mechanism called minting.

NFTs are tokens representing digital artworks, and like any digital token, they need to come into circulation to exist. So, minting is the process by which you bring an NFT into existence on the Ethereum public ledger. Once an NFT is minted in relation to a digital artwork (i.e., a CryptoPunk), the token is inextricably linked to the artwork.

In other words, if you hold the NFT token for CryptoPunk #888 in your wallet, you are the undisputed owner of that particular digital asset/artwork. There are benefits to proving ownership like this, such as holding rights to use your NFT artwork however you please (even commercially).

The most apparent advantage to blockchain-based provable ownership is purchasing, holding, or selling NFTs directly over marketplaces like OpenSea. Whoever holds the NFT token representing a specific work is the work’s owner, and since it all happens on a public blockchain, questions about provenance are easy to sort out.

Moreover, because most people buying CryptoPunks are using them as Twitter avatars, the provable ownership enabled by NFTs is crucial.

If you’re going down the CryptoPunk rabbit hole, one of the first questions you’ll ask is how to value them. A CryptoPunk is nothing more than a rudimentary pixelated graphic to the untrained eye, making it hard to see why they’re trading hands for seven-figure sums.

For starters, figuring out how much a CryptoPunk is worth requires honing in on the rarity of its attributes. CryptoPunk attributes come down to three factors: punk type, attributes, attribute count.

There are four types of punks out there — aliens, apes, zombies, males, and females.

Of these four punk types, aliens are the rarest, followed by apes and zombies. It’s no surprise that aliens are selling for over five times what apes go for despite apes being worth far more than zombies.

Each punk type is dressed up using a variety of attributes. The more common the attribute, the less valuable the punk, but there are some exceptions.

First, if the punk type is scarce, such as a zombie, its value won’t be impacted too much by a common attribute. Second, if a punk type is common, has rare attributes, or a low attribute count, its value increases.

Attribute count is an often overlooked CryptoPunk trait — the current market values punks with fewer attributes than more. People buying CryptoPunks definitely subscribe to less is more — but that might change later on.

Of the 333 CryptoPunks with only one attribute, 32 are for sale starting at the floor price of 185 ETH. That could be related to how easy it is to identify punks with fewer attributes. They really stand out. Punks with more attributes tend to look similar to each other and make up the bulk of the set (2 + 3 attribute punks = 8,061/10,000 punks).

How to Buy a CryptoPunk (Without being a Millionaire)

The only way to buy an entire CryptoPunk these days is by having money — and lots of it. The floor price (lowest available price) on a CryptoPunk is currently 137.7 ETH, which translates to just under $500K.

But notice that we said an entire CryptoPunk. You can own a piece of a punk using decentralized fractionalized NFT ownership platforms like Fractional.

What Fractional does is auction off tokens representing an ownership stake in the underlying NFT. For instance, this zombie CryptoPunk has a total supply of 1,201,725 DEAD tokens corresponding to an implied valuation of 1,095 ETH (~$3.5M).

Decentralized Autonomous Organizations, or DAOs, for pooling funds to target and collectively buy specific punks, are now getting underway. Ultimately, many see CryptoPunks as the Bitcoin of the NFT world. They’re scarce (limited to 10,000) and, like Bitcoin, are seen as the first of their kind.

As such, owning a CryptoPunk through a DAO, fractional ownership, or via indirect exposure like NFTX index tokens is a move made if you believe CryptoPunk value is just getting started.