What Is Bancor (BNT)? 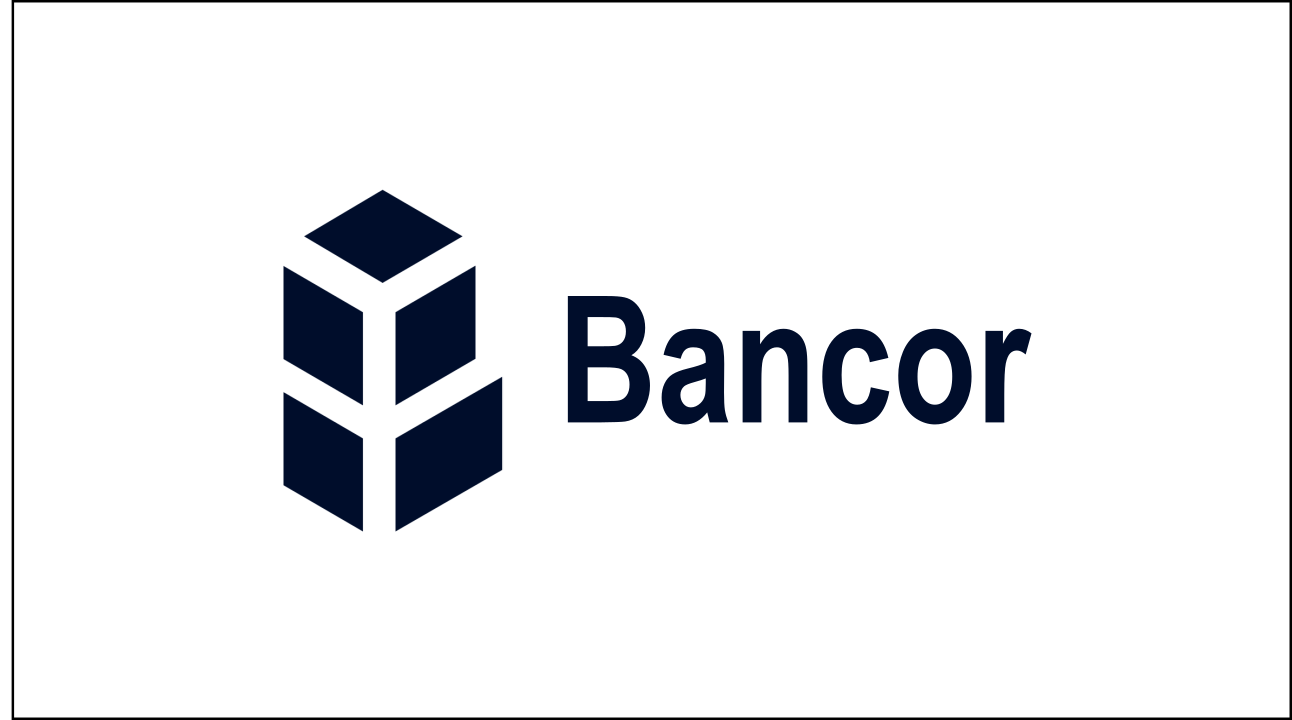 What Is Bancor (BNT)?

In 2009, Bitcoin was the only cryptocurrency money could buy. Fast forward to 2021, and there are literally thousands of crypto assets to choose from across dozens of blockchains.

Regardless of which cryptocurrencies you're buying now, there will likely come a day when you're ready to swap for others. Centralized exchanges like Coinbase are slow to make tokens available, whereas decentralized exchanges add dozens of new tokens every day.

So, it's quite natural to gravitate toward cutting-edge DEXes like Bancor if you’re a crypto trader. Like Uniswap, Sushi, and Curve Finance, Bancor is a decentralized AMM protocol specializing in providing liquidity for crypto trading.

However, Bancor does things quite a bit differently from its competitors by offering single-sided vaults and impermanent loss protection. This guide to Bancor will explain these features in detail alongside the BNT token.

The Bancor DeFi platform has been around longer than most realize. Back in 2017, the Bancor ICO raised just over $150 million, making it the largest ICO ever up to that point.

The massive amount of cash signaled the market's sheer excitement about Bancor's proposed tech. At the time, decentralized exchanges were just beginning to bubble up. People had tokens and wanted to trade them, but liquidity was scarce outside of major exchanges.

Little by little, the importance of decentralized liquidity dawned on crypto builders, backers, and users. What if we could trade any cryptocurrency without intermediaries, order books, or counterparties? The very notion of doing away with the so-called necessary components of trading seemed radical.

That is, until Bancor came along. Bancor v1 just about invented the automated market maker formula for decentralized exchange. In short, AMM protocols ditch centralized order books in favor of algorithmically-priced assets held in liquidity pools.

Add Ethereum's smart contracts to the equation, and you have a simple, secure, and completely decentralized way to swap assets with the pools.

In the beginning, Bancor conceived of itself as a liquidity protocol for all assets. An early explainer video touted users paying their car bills with airline points using Bancor.

Now Bancor exclusively describes itself as a DEX for cryptocurrencies, but this doesn't mean the team is walking back its original vision. If the march toward global digitization continues, all of the world's assets will become tokenized. In an economy full of tokenized assets, Bancor can still fulfill its promise.

Bancor is a decentralized exchange that uses Ethereum smart contracts to swap tokens between traders, liquidity pools, and blockchains.

At its core, Bancor is a set of smart contracts settling transactions in a peer-to-contract manner. This way of looking at Bancor also helps if you've ever felt confused trying to understand liquidity pools.

That's because liquidity pools are nothing more than smart contracts holding user-deposited funds on the blockchain. When you swap tokens using Bancor or any other AMM DEX, you're interacting with the smart contract via a tidy user interface connected to your wallet.

The basic flow for how Bancor works is:

Sandwiched between liquidity providers and pools are arbitrageurs, the traders who make money balancing the assets in liquidity pools.

Speaking of liquidity, let's delve a little deeper into how it winds up in Bancor pools.

Where does Bancor's liquidity come from?

Bancor's liquidity is crowdsourced and non-custodial, meaning Bancor does not own the assets managed by the protocol. Anyone can deposit tokens to become a liquidity provider for Bancor. In return, you earn rewards for keeping your liquidity on the network.

To draw crypto assets away from other protocols and onto Bancor, the platform started a liquidity mining event to reward users depositing assets into the protocol with BNT tokens. After community approval, Bancor liquidity mining began in December 2020 and is slated to continue for up to 72 weeks.

The previous section provided you with a high-level overview of how Bancor works. However, the Bancor team has developed and integrated unique features into the protocol to make Bancor stand out from the crowded DEX competition.

Impermanent loss (IL) is the Achilles heel of liquidity providers everywhere. Essentially, impermanent loss refers to the loss incurred by LPs when their pool-deposited tokens diverge in price. Losses of this kind are a form of opportunity cost — impermanent loss is calculated against your return for holding those assets rather than LPing them.

IL happens because the vast majority of AMM decentralized exchanges require you to deposit two tokens in equal amounts to a given liquidity pool. Unless those two tokens are stablecoins like USDT and USDC, the constant arbitrage opportunities arising from divergences in pooled asset prices incentivize traders to sell one side of the pool for the other constantly.

For decentralized exchanges, impermanent loss is a significant concern since liquidity is crowdsourced. If the crowd regularly loses profits providing liquidity versus simply buying and holding tokens, DEX liquidity will dry up.

A bright spot for liquidity providers is that swap fees often stack high enough to keep LP positions profitable even with impermanent losses. However, you need a significant position in a pool with plenty of trading action to benefit.

Being protected from impermanent losses is a huge advantage. Instead of managing your pooled assets, you can kick back and collect trading fees. Bancor's IL insurance feels like a step in the right direction for making DeFi tools mass-adoption ready.

If DeFi is ever going to step into the spotlight, risky dual-sided liquidity pools won't cut it. Right now, if you provide liquidity to Uniswap, Sushi, or PancakeSwap, you need to deposit two tokens.

What if you only have one of the tokens but want to earn trading fees as an LP? Until Bancor V2.1 rocked up, there was no answer for you.

Bancor's single-sided vaults are a game-changer. To provide liquidity, you only need one token. We can hear you — but wait, I'm looking at the Bancor vaults, and they still have two tokens!

When you deposit ETH, Bancor mints an equal amount of BNT for the pool. When you withdraw liquidity from the pool, the protocol burns the corresponding BNT. The elastic BNT supply is a win-win since it enables single-token deposits for LPs and earns trading fees for the network.

Not all of Bancor's vaults are whitelisted for single-sided deposits, but the current selection spans dozens of major assets. Bancor single-sided vaults are a beginner-friendly starting point if you're a DeFi newbie and eager to try it out.

The future of DeFi is multi-chain. In this future, countless blockchains exist and the assets residing on them are seamlessly swapped using decentralized exchanges like Bancor.

BancorX cross-chain bridge brings this vision to fruition. What BancorX does is enable token swaps between blockchains via a bridge, oracles, and gate contracts. The admixture of these elements lets different blockchains communicate and swap tokens.

👉 You send BNT (or another ERC-20 token) to the Ethereum gate contract.

👉 The contract receives your BNT then signals to the other chain

👉 Your wallet receives BNT issued by the other chain's gate contract

To go in the opposite direction (back to Ethereum), you follow the same steps in reverse. BancorX already works between Ethereum and EOS, and more blockchains are in the works.

Bancor Network Token (BNT) is the cryptocurrency asset at the center of the Bancor protocol. It possesses many uses within the network, but before going further, here are BNT's key metrics.

Bancor is a decentralized finance protocol, so no one person or entity controls the network. Instead, decisions about Bancor's current and future direction are made by BNT token holders.

Holding BNT entitles you to vote on crucial issues, ensuring your voice is heard when you cast your vote on network referenda. However, you need to do a little more than merely hold BNT in your wallet. You need to stake BNT in a whitelisted liquidity pool!

When staking, the protocol issues vBNT to your wallet. vBNT is the governance token representing your stake in the pool.

With vBNT in your wallet, you can:

Check out the governance issues up for consideration on the Bancor governance forum.

Bancor V2.1 introduces single-sided vaults wherein assets are always paired with BNT. Other exchanges, such as Uniswap, default to ETH as the constant pair across pools.

There are good reasons for using ETH, namely, its deep liquidity across countless wallets. But because ETH is used for numerous applications, network effects within a specific protocol are weakened by using it.

That's why Bancor chose BNT instead of ETH in liquidity pools. Every pool and swap requires BNT as the intermediary asset, so the more pools there are (or, the more deposits in existing pools), the greater the BNT liquidity.

Increased BNT liquidity means more profits for liquidity providers as the value of their pool shares increase in kind.

You can easily stake BNT in liquidity pools to serve up a portion of the network's liquidity and earn additional BNT and trading fee rewards. The BNT you earn for staking comes from BNT inflation, and the trading fees derive from transactions in your staked pool(s).

Another neat feature for BNT stakers is the option to compound your BNT staking rewards. The Bancor app dashboard makes it intuitive to re-stake in your existing pools or migrate to another.

BNT has a neat use case in the form of cross-chain swaps. Earlier in this guide, we talked about BancorX, the network's cross-chain bridge for swapping assets across chains.

Swapping cross-chain assets is no easy feat, but Bancor makes it appear so using BNT as an intermediary asset between cryptocurrencies. Bancor is deploying on different chains to create more gates, i.e., zones where BNT tokens can be minted or burned.

Say you want to send token XYZ on EOS and receive token ZYX on Ethereum. Bancor holds your XYZ tokens on EOS, mints BNT tokens on EOS and Ethereum then deposits the corresponding ZYX tokens in your ETH wallet.

When you go back in the other direction, the gates on both sides burn the BNT supply. Soon, Bancor will expand to Polkadot, giving its cross-chain swap powers a considerable boost.

Bancor vs. Uniswap — is there a clear winner?

Comparing Bancor with Uniswap is inevitable. After all, any up-and-coming decentralized exchange needs to measure up to Uniswap's market dominance.

Last year, Bancor possessed only a tiny fraction of Uniswap's colossal liquidity. However, Bancor's liquidity mining program loosened Uniswap's dominance enough that it prized away over $1 billion worth of TVL.

What are liquidity providers saying? Well, everyone loves the single-sided deposit vaults. Uniswap is pretty inefficient for small-time LPs because of impermanent loss compounded with high gas fees for tending to positions.

In contrast, depositing in a single-sided whitelist vault on Bancor is set-and-forget. Throw in Bancor's impermanent loss insurance, and you're good to go as an LP.

From a macro perspective, decentralized exchange competition is a giant liquidity war. Whoever can win over the most liquidity wins — it's that simple.

Bancor has good products for building and retaining liquidity, but Uniswap's brand recognition makes it tough to beat. Time will tell, but for now, things look promising for Bancor.