What Is Wrapped Bitcoin? 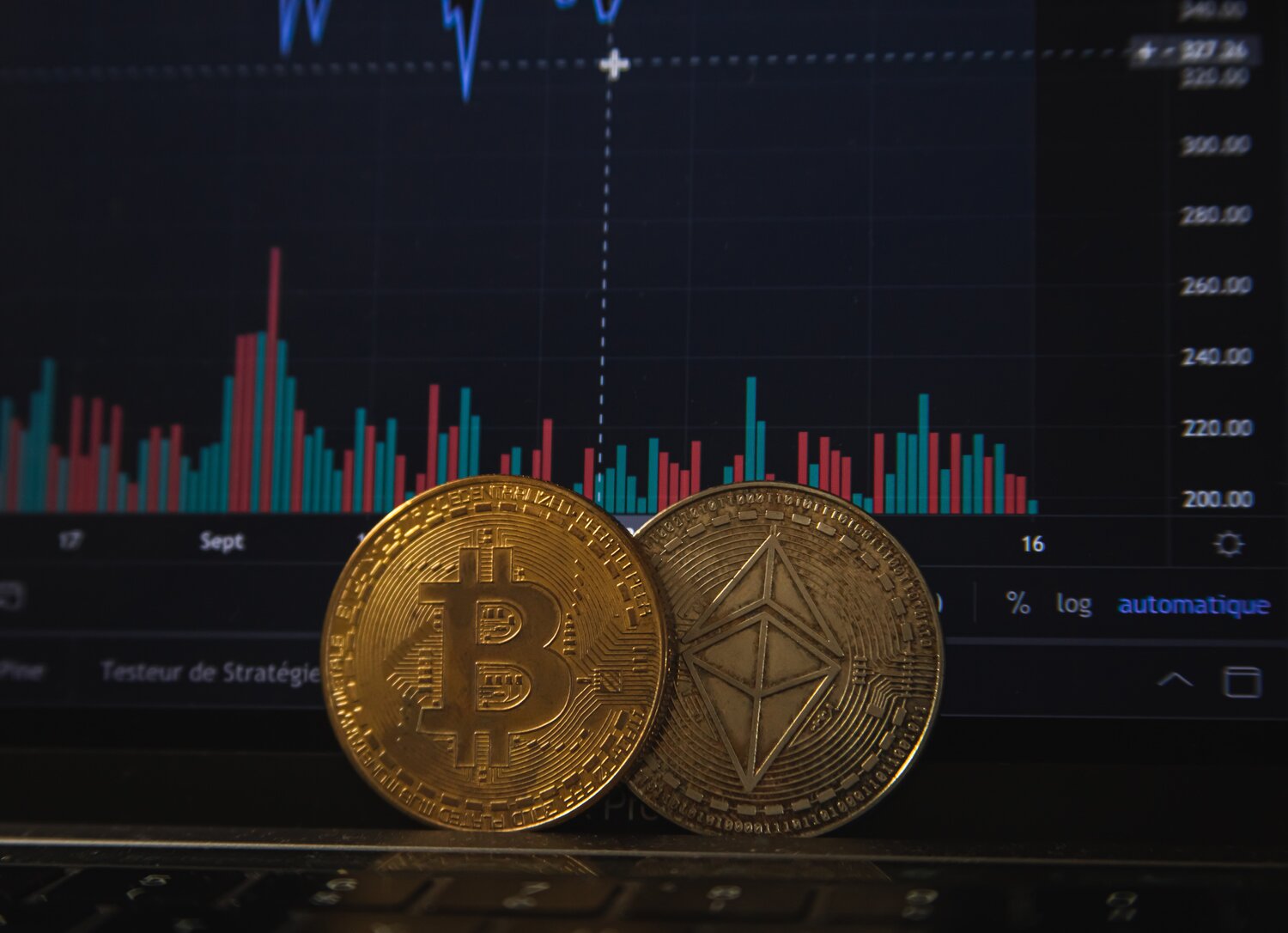 What Is Wrapped Bitcoin?

Much like stablecoins, wrapped tokens are tokenized representations of other assets that help bridge the gap between various on-chain systems. In the case of Wrapped Bitcoin, cryptocurrencies like WBTC and renBTC help investors with gaining access to Ethereum’s vast DeFi ecosystem.

We cannot put into words how big of a problem blockchain interoperability is. Without it, users are unable to interact with other blockchains and conduct basic activities such as creating transactions.

Interoperability is more important than ever nowadays because, once again, Ethereum has the spotlight in the crypto market with its decentralized finance segment. Anyone willing to participate in DeFi has to fulfill one fundamental prerequisite, to own ETH or ERC-20 tokens.

Investors cannot simply march into the DeFi arena with Bitcoin alone. Or at least they were not able to do so until developers have found an innovative way of surpassing the obstacle with wrapped tokens.

What is wrapped Bitcoin?

Wrapped tokens (like wrapped Bitcoin) are assets that represent a tokenized version of another crypto asset.  In this case, a cryptocurrency like WBTC is simply the ERC-20 version of the real Bitcoin, whose price is pegged to BTC.

Is it the same as owning the real Bitcoin? Technically not, but the assumption is correct price-wise.

Stablecoins can help with understanding wrapped tokens. A token like Tether (USDT) is simply an on-chain representation of the dollar that is pegged to the fiat currency’s real price. See, the purpose of USDT is not only to have a stable cryptocurrency with 0% volatility. It also serves as the modus operandi of switching from fiat currencies to cryptocurrencies.

The same is applicable to the case of Wrapped Bitcoin, where investors choose to switch to an Ethereum-based version of their asset rather than selling the original coin and purchasing Ether.

WBTC owners can wrap and unwrap their assets at any time. Numerous projects offer the ability to do so, and the process itself is relatively cheap. A hardcore BTC maximalist could at one point hold onto his dear coins and then switch to wrapped bitcoin in order to temporarily diversify his assets by swapping WBTC for a DeFi token.

What is the purpose of wrapped tokens?

As previously explained, wrapped Bitcoins were created for the purpose of establishing a bridge between the Ethereum and Bitcoin networks. Since the DeFi market exploded in value last year, BTC whales were interested in joining the yield farming and governance token craze, but they had no way of doing so without selling their precious coins.

Without hardcoded interoperability, neither projects are able to communicate with each other or facilitate transactions that transfer assets between the two. But with the ingenious design of wrapped tokens, users can today seamlessly switch between either network with ease.

Think of the interoperability problem as a real-world environment in which people would, for imaginary reasons, not be able to exchange dollars for euros or yens for rubles. How would an investor trade on the Russian stock market in that case if he did not have access to rubles?

The situation would be tricky indeed, and it is the same kind of environment that our community faced for years. Nevertheless, things have changed for the better, and Wrapped Bitcoins now assist us with accessing the crazy DeFi market.

What kind of wrapped Bitcoins are there?

At the time of writing, there are two major projects that host platforms for wrapping Bitcoin. According to data from DeFi Pulse, Wrapped Bitcoin (WBTC) and Huobi BTC (HBTC) lead the race in terms of value. However, we’ll include renBTC this time around since it is an OG project that dominated the field before Huobi launched a solution of its own.

The concept of Wrapped Bitcoin (WBTC) appeared following the announcement of a partnership between Kyber Network and BitGo in October 2018. The two have planned to collaborate together on creating a bridge that would be capable of creating ERC20 tokens pegged to Bitcoin’s real market value.

The project finally launched in January 2019, at a time where DeFi was hiding in shadows, and almost no one heard of the ‘wrapping tokens’ concept. But nevertheless, BitGo and Kyber paved the road for widespread adoption, and by October 2020, the platform hit a milestone by reaching $1 billion in collateralized assets.

It only took WBTC a month to double in size, and now in March 2021, the project has reached a TVL of $7.8 billion.

But how does WBTC work? Basically, Wrapped Bitcoin is an ERC-20 token that is fully backed by BTC at a 1:1 ratio. Unlike Tether’s reserves, WBTC’s main custodian holds the same number of coins for its entire ERC20 token supply, which can be proved thanks to the Proof-of-Reserve concept.

As you can already guess, BitGo is the main custodian of WBTC, and it manages the project’s entire reserve. Moreover, the project is also decentralized since it hosts a governance model called the WBTC DAO, on which users can voice their opinions and vote on important decisions.

To keep prices stable and ridden of volatility, BitGo utilizes Chainlink’s decentralized oracles to track prices. Since Chainlink offers the best oracle solutions in the entire blockchain industry, it does not come off as a surprise as to why WBTC is so stable.

Practically every notable DeFi liquidity protocol and decentralized exchange has integrated WBTC. You can find the wrapped tokens directly on platforms like Uniswap, Kyber, dYdX, Yearn Finance, and numerous other projects.

The only negative trait that we have discovered is that the project, most of the time, favors whales when processing BTC/WBTC swaps. When swapping tokens, the project will often first process larger transactions compared to smaller transactions created by retail traders.

renBTC is the second Bitcoin wrapping platform to come out after WBTC. It is developed by Ren Protocol, an open-source liquidity protocol that aims to bridge the gap between various blockchain networks.

renBTC arrived at the very start of the DeFi bull run, launching in May 2020. Since it became a viable option for wrapping tokens, the project always had a problem with liquidity and becoming on-par with WBTC. While the rival achieved $1 billion in October, renBTC only got to $250 million in TVL.

Per data from DeFi Pulse, RenBTC reached the famous $1 billion mark in February this year. Huobi’s Bitcoin wrapping platform reached the same point in the same month as well, but it is worth noting that HBTC launched in December.

On that account, a lack of enormous quantities of liquidity is not really an issue as long as you do not plan to wrap hundreds of millions worth of coins. So if you are a retail investor, using Ren’s solution won’t be a problem.

Another reason why retail traders would have a better time with renBTC is that the project is fully decentralized. Wraps take place on the RenVM, a virtual machine supported by a high number of darknodes.

These darknodes are replicated across thousands of machines. As a result, renVM is not only decentralized but faster at wrapping Bitcoins in comparison to WBTC. Not to mention, the protocol is secure as well, and renVM will still work even if a third of the nodes suddenly go offline.

Another cool feature is the support for assets other than BTC. Ren Protocol enables its users to wrap BCH and ZEC as well. In the future, we expect the list of tokenized assets to vastly improve.

To summarize, renBTC is a technologically superior BTC wrapping platform that does a great job at bridging the gap between Bitcoin and Ethereum. However, the lack of liquidity is a major problem. Don’t get us wrong, renBTC is fully functional, and anyone can wrap their assets at any time, but it is worth acknowledging that their amount of liquidity is vastly inferior in contrast to other projects like WBTC and HBTC.

How big is Wrapped Bitcoin in DeFi?

To get a look at how big Wrapped Bitcoins are in the DeFi market, we will once again rely on the data provided by DeFi Pulse.

According to their information, all platforms combined have a total of $10 billion in collateralized assets. WBTC leads the race with an absolute dominance of 73% at $7.68B. In total, that is a fourth of the DeFi market’s entire valuation!

We can safely expect for the parabolic trend to continue and for Bitcoin whales to move more and more coins to the Ethereum network. This could happen under the circumstances that DeFi reaches the same level of mania that ICOs once had. If it really does happen, an increased inflow of coins would definitely have a significant impact on DeFi’s size.

The need for migrating coins from the Bitcoin network to the Ethereum network was not that great for a long period of time. This changed drastically once the innovative DeFi sector arrived. With no way to interact with flash loans, dApps, yield farming strategies, and governance tokens, Bitcoin owners were completely removed from DeFi’s premises.

Naturally, an option would be to sell Bitcoin on the market and purchase Ethereum in order to gain access to the new market. However, this would obviously lead to negative consequences for Bitcoin’s price. It would not make sense for whales to offload their coins in order to invest in a more risky environment since the BTC’s own value would plunge.

On that account, the only solution is interoperability in the form of wrapped tokens. Seeing how wrapped Bitcoins account for a fourth of DeFi’s entire market value, we can confidently claim that the new asset class is a success.